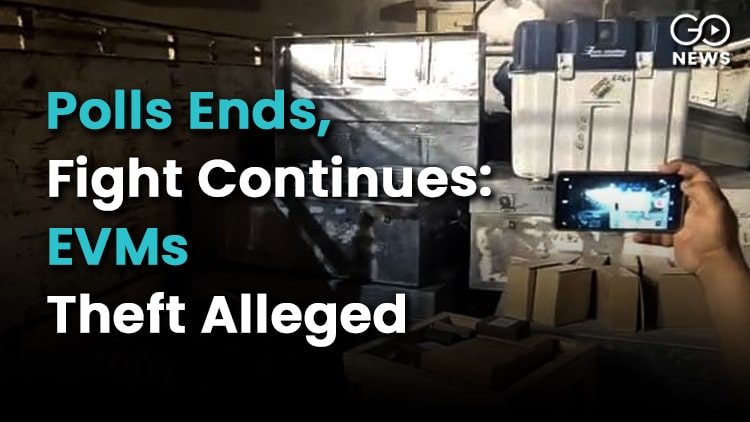 After the polling for all seven phases of the Uttar Pradesh Assembly elections was completed, the EVMs were put in safe places under the supervision of Election Commission officers. Meanwhile, Akhilesh Yadav, the leader of the Samajwadi Party, has alleged that EVMs have gone missing, that they have been found in garbage trucks, and that he has urged to his employees and voters to protect EVMs.
Also Read:
China's Mi Leads Indian TV Market

'This election is the last fight to save democracy, and after that, the people will have to make a revolution for change,' he stated at a press conference on Tuesday evening. He also gave the media the numbers of some unknown vehicles carrying EVMs, as well as the fact that EVMs were being put onto trucks, information that was not shared with the candidate for the constituency in question. He cited the Election Commission's guidelines as justification and sought action. He levelled strong charges against Varanasi's district officer. Varanasi Commissioner Deepak Agrawal addressed Akhilesh Yadav's charges, saying that "there was a lapse in protocol in the transit of EVMs." He emphasised, however, that the voting machines in question were used for training purposes. "If you talk about the protocol for moving EVMs, there was a lapse in protocol, and I acknowledge it," DM Deepak Agarwal stated. However, I can assure you that voting machines cannot be removed." The counting centres, he alleged, were equipped with security cameras, security guards, and political party representatives. "Election Commission protocol was not followed in the EVM movement," the Samajwadi Party tweeted after sharing the video of the district officer. In numerous districts, EVM tampering has been documented. Is this being done at whose request? Is there any pressure coming from the CM's office on the officers? Please clarify, Elections Commission."

Akhilesh Yadav, the chief of the Samajwadi Party, said that his party's workers stopped a vehicle delivering EVMs in Varanasi, citing video footage. "We seized a truck containing EVMs and two others ran away in Varanasi," Akhilesh Yadav stated. If the government isn't aiming to rig the election, it should explain why security is required when carrying EVMs." He further claimed that staff were receiving phone calls from the CM's office and were given directives to slow down the vote counting. He said that the instructions were given expressly for 47 seats that the BJP won by less than 5,000 votes in the 2017 election. At the same time, he remarked concerning exit polls that he didn't want to speak about them, but that they were an attempt to create an atmosphere for the BJP so that they wouldn't be caught stealing.

This is exactly what i was talking today at my office @GoNews_India #BJP is about to buy some #SP's candidate who may win election showing this #ExitPolls#ExitPoll2022 #ExitPoll #AssemblyElections2022 #Elections2022 pic.twitter.com/VyOvkYIAiH

"I will encourage Akhilesh Yadav to be patient," BJP leader and Uttar Pradesh Deputy Chief Minister Keshav Prasad Maurya remarked in response to the Samajwadi Party chief's claims. When the votes are counted on March 10 (Thursday), we'll know what's in the EVMs."