UP Results: The Three Factors That Led BJP To Lucknow — Again 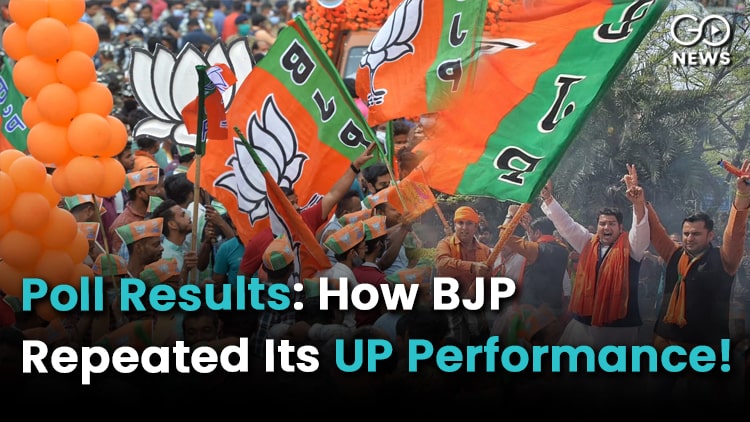 Many political pundits are flummuxed by the huge victory of BJP in Uttar Pradesh. They were the ones who travelled the landscape, reported on a 'Akhilesh Wave' and analysed the caste compositions seat by seat. Phase by phase analysis of the polling made their analysis long and winding. But most seem to have missed three major threads which guided UP voters and may guide them again in 2024 general elections:  Direct Bank Transfers
Also Read:
Uttarakhand: BJP Looks Set To Retain Even As CM Dhami Trails

The Narendra Modi government had given a big push to Direct Benefit Transfer (DBT) of funds in the last year of its first term in office, and states such as Uttar Pradesh, West Bengal, Maharashtra, Madhya Pradesh, Andhra Pradesh and Bihar were the biggest beneficiaries.

Direct Benefit Transfer (DBT) was started on 1st January, 2013. It is a program which aims at making payments directly into the Aadhaar linked bank accounts of the end beneficiaries, with the stated intention of removing any malpractices from the existing system such as diversions and duplicate payments.

First phase of DBT was initiated in 43 districts and later on 78 more districts were added in 27 schemes pertaining to scholarships, women, child and labour welfare. DBT was further expanded across the country in 2014.

(The full list of departments and schemes can be accessed here)

According to the data available with the DBT Mission, which comes under the cabinet secretariat, almost all the states in the country, irrespective of their population, showed a huge surge in direct transfer of funds in 2018-19.  The first seven years of the United Progressive Alliance clocked a growth rate of 8.4% per annum. Modi’s first seven years, on the other hand saw only 4.8%. Apart from this the official GDP growth rate also declined consistently.  Despite the consistent decline in the GDP, the standard of living also declined especially during the pandemic period but still bank transfers associated the government with positive perceptions for them. Infact since 2016 jobs in manufacturing have also gone down and those in agriculture have risen. However, what it places less emphasis on the things like providing health and education services: public goods that have classically defined welfare.     Hindutva and Hinduism   The Hindu nationalist and Bhartiya Janta Party (BJP) has won the Uttar Pradesh elections. The Bharatiya Janata Party (BJP), laid the foundations for an Indian identity that was assertively Hindu and aggressively nationalist.  The key northern state is governed by Yogi Adityanath, a highly divisive Hindu monk-turned-politician.   From changing the names of the cities with Muslim origin to banning the slaughter of not just cows, but also other forms of cattle in the name of licensing, to highly discriminatory laws of religious conversion under the garb of fighting “Love Jihad”.  With the issue of Ayodhya coming to an end, the Ram Temple was constructed. And what is better than the revival of its old slogan of “Ayodhya to sirf jhanki hai; Kashi, Mathura baaki hai” (Ayodhya is a mere teaser; Kashi and Mathura are still left), were embedded within the hearts of the people.   The BJP has pitched an aggressive version of religio-ethinic nationalism to India’s 100 strong Hindu community.     Nationalism   BJP has won emphatically twice on the national stage under Modi, whose brand of muscular nationalism has made him India’s most prominent politician in decades.  As the military conflict between Russia and Ukriane continues since February 24th, the state of Indian students who have gone to pursue higher education, mostly medical, in Ukraine has come into the spotlight.   There are many visuals online, posted by media and personal accounts, showing hardships faced by Indian students in terms of obtaining essential items or transportation to safety out of major urban areas like Kyiv, Khrakiv, and others which are facing heavy Russian bombardment.  The Union government sent four ministers to bordering countries of Ukraine to assist in their exit, and videos of students holding the national flag on their return, or chanting ‘Jai Hind’ slogans on board flights to India, have been widely circulated to create a positive image of the government’s efforts to provide relief to Indian students.  Earlier, Union Minister Smriti Irani was also seen greeting students in four languages upon landing in India. Similarly, General VK Singh also claimed credit for evacuating Indians succesfully “under the decisive leadership of Narendra Modi ji”. The government has coined a hashtag, #NoIndianLeftBehind and ‘Operation Ganga’ for this as well.  Prime Minister Narendra Modi also spoke to Russian President Vladimir Putin and Ukrainian President Volodymyr Zelenskyy, seeking their support to create a safe passage for the students.   The Operation Ganga which was established to evacuate the stranded students in Ukraine, evacuated around 22,000 Indian students.  These are the three broad factors, among many others that led to the majority mandate given to the BJP for the second time breaking a pattern established in the state since 1996 wherein no party has been able to repeat its stint in Lucknow.