Uttarakhand: Cloudburst in Chamoli, Bridge Washed Away in Pithoragarh 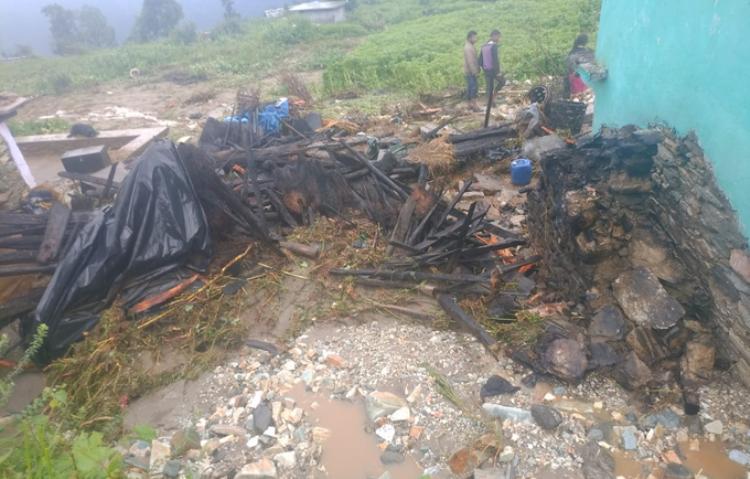 In the mountainous state of Uttarakhand, the situation is getting worse due to heavy rains. Lightning has wreaked havoc in a village in Chamoli. A woman has died in the incident while her 12-year-old daughter has been badly injured.

Uttarakhand: A woman died and her 12-year-old daughter injured after their house in Padergaon Village of Chamoli district got damaged due to a cloudburst last night. The injured girl has been sent to a hospital. A team of local administration sent to the spot. pic.twitter.com/5koRpL6oEA

Due to continuous heavy rains, part of a bridge in Pithoragarh has collapsed. This bridge was built over the Gosi river which connected Bangapani tehsil and Pithoragarh but a part of it crumbled in the morning.

Uttarakhand: Portion of a bridge built across Gosi river, under Pithoragarh and Bangapani tehsils, collapsed this morning following overnight heavy rainfall. Movement of people halted in the route. pic.twitter.com/e9KX5OaQVs

Due to heavy rains since Monday night, landslides have also taken place in several places. Pipalkoti, Bhanarpani, Lambagad and Kuhed routes of Badrinath highway have been closed. The road connecting China border in Pithoragarh district has been closed for the last 10 days due to debris on the road and has not been opened yet. Bikram Singh, director of the State Meteorological Center, said that Pithoragarh, Nainital, Bageshwar, Champawat, and Udham Singh Nagar and Pauri districts are expected to receive heavy rains on Tuesday. Earlier on Sunday, two houses were demolished in Dhami and Gooty villages in Pithoragarh district due to rain and landslides. Three including mother and son died in the accident. Apart from this, 47 cattle have also been buried under the debris. On July 18, 14 people had lost their lives in Pithoragarh district due to cloudburst.