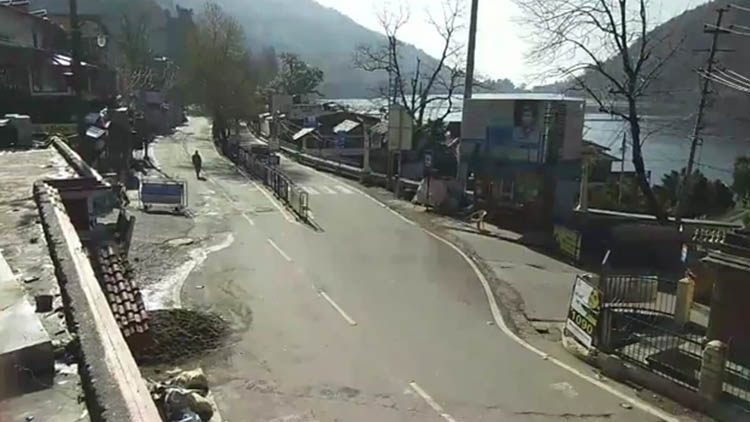 Uttarakhand is suffering a huge loss of livelihood in the tourism sector, potentially posing an enormous blow to the economy of the state as it largely depends upon tourism. There are around 20 to 25 lakh people, directly associated with this industry, along with other small traders, guides, boat keepers, and drivers that depend upon tourists coming to the hill stations.

For the tourism industry, the peak season of major earnings is from mid-March to the end of June, but due to the lockdown, most of them have already lost their revenue for this year, some of them are surviving on their savings while some have lost their daily wage jobs.“The 80 percent people of Nainital depend on tourism, but due to the lockdown the tourism industry has almost collapsed here, the loss is so big that half of them won’t be able to restart their business” says Ved Shah, the president of Nainital Hotel Association, with around 500 hotels and guest house under them. “We had some hope from the month of June, as the hotels were to reopen from 1st June, but now that Nainital has come under red zone, our future is bleak. We have been pleading with the state and central government but there has been no relief, instead, the centre is offering us to take loans, but with such huge loss how will we pay the interest? All that the state government has provided us is the relief of fixed charges on electricity and one time 1000 rupees in each employee’s account which is absurd and useless. The state government knows very well that the state’s economy is dependent on tourism, we are the biggest employment generators, if one company shuts down, at least 50 families will go unemployed despite that they are not willing to do anything.” Shah added.

The tourism industry in Uttrakhand contributes 1.5 percent to the national economy and 51% to the state economy.

The big resorts are also bearing heavy losses this year. Manish Khanka the owner of Wildflower resort in Mussorie, says “We have 11 room property, and 9–10 staff members currently. Last year by the month of May we had a turnover of around 8 lakh and this year it is zero. We are using last year’s remaining fund for staff salary and other running expenses. It has been a huge loss, and if this continues for long we won’t be able to manage with all the expenses. “

According to India Brand Equity Foundation (IBEF) statistics, the state welcomed 345 lakh domestic tourists, and 1.46 lakh foreign tourists in the year 2017, with a turnover of Rs. 1,398 Crore. While this year the restrictions imposed by the state government, to contain the widespread of COVID19, on travel of both domestic and foreign tourists into the state has exposed the hoteliers to big financial losses.

Jayendra Rana, president of Himalayan Mountaineering and Trekking Association, Uttarkashi, overwhelmed by his situation, in a heavy voice said, “There here has been no earning for this year, and our family depended solely on our hotel’s income, 7 people work under us but now with the tourism arrivals coming to a halt, we are unable to take their expenses. It is really difficult time for us, we are only hoping for something from the Chardham Yatra now.”

The Chardham Yatra is a religious tour to four pilgrimage sites: Yamunotri, Gangotri, Kedarnath, and Badrinath. As per the latest announcement the state government has decided to open up these religious places from 8th of June for Chardham Yatra in a limited scale, it might give a little respite to the traders, shopkeepers, and other small businesses.

Since the Yatra usually begins in the month of April, a huge network of transport and vehicles are running on loss with zero interstate bookings, which otherwise sees a heavy traffic with a large number of pilgrims. The people who relied on Yatra, this year are not looking for any profit but enough income to sustain the expenses.

“ This period from May-June was the peak season for our income, we had overflowing bookings and adventure activities, at this time we couldn’t afford to have a break.” says Lalit Saxena, the owner of Shri Ganga Adventure sports and transport business, from Rishikesh, “But this year the corona has eaten up all our business, we are merely getting 1–2 intrastate bookings. Everyone is relying on their savings right now, our vehicles are standing with expired licenses, the government didn’t do anything to help us in this time of crisis. We have laid off the extra members in our staff, and are paying half salaries to other members. “

The adventure sports in Rishikesh has been shut since the beginning of March, the traders and hotel association members say their future is uncertain. Nainital alone is looking at a loss of 500 Crores as of now.

The government surely needs to take more steps to revive the economy of the state but first, it has to come up with government projects and alternatives to provide opportunities to the people living in the hills. The resuming of Char Dham Yatra will only bring respite to the business in limited regions, while other hill stations in the state with no self-sufficiency will suffer a huge loss of lives and livelihoods.