Vaccine Drive Falling Behind As COVID 3rd Wave Looms Ahead 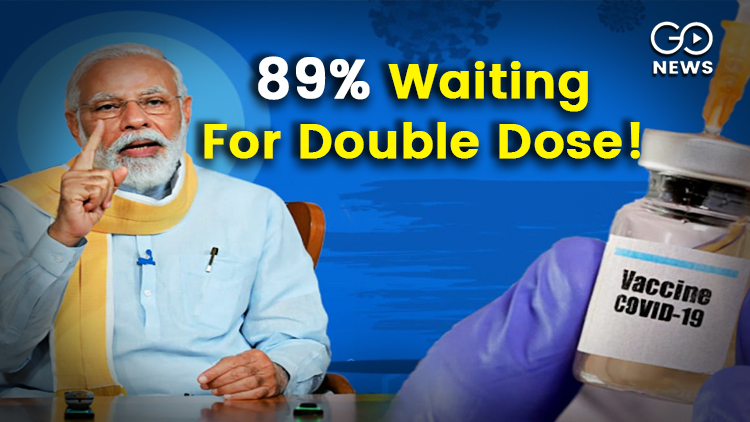 India’s vaccination drive to fight the spread of coronavirus seems to be falling behind. Data shows that those who received at least one dose amounted to less than a fourth of the eligible population for receiving the vaccine. Only 11% of all eligible people have been fully vaccinated. Notwithstanding this, the government has asserted that it will fully vaccinate everyone above 18 by December-end. Going by the data, India would need 188 crore doses of COVID vaccines for its 18+ population of 94 crore. However, according to the PIB, only 51.90 crores have been administered thus far as of August 11, 2021.
Also Read:
What will change from the 127th Amendment Bill 2021 passed in the Parliament?

The vaccination drive in the state is in an even worse condition. BJP-ruled UP and Bihar have only managed to fully vaccinate less than 5% of eligible people. Comparatively, the UT of Ladakh, Himachal Pradesh, Kerala, Goa, Sikkim, Tripura, and Mizoram have vaccinated the maximum number of eligible people, although even in these states only 15- 24% of people qualifying for the vaccine have received a dose. Moving on, Punjab, Madhya Pradesh, Jharkhand, Tamil Nadu, Assam, Meghalaya, Nagaland, and Manipur have between 5-8% rate of full-vaccination. At least 11% people are fully vaccinated in the states of Haryana, Delhi, Rajasthan, Maharashtra, Chhattisgarh, Telangana, Odisha, and West Bengal. The group with the highest rate of full vaccination at 11-15% comprises of the states of Gujarat, Jammu and Kashmir (UT), Uttarakhand, Karnataka, Andhra Pradesh, and Arunachal Pradesh.
Meanwhile, the Central Government has released data which shows that it will receive 136 Crore vaccine doses in the next four months between August and December. According to the figures, the government will get 115 crore doses of the domestic vaccine Covishield versus 21.55 lakh doses of Covaxine. However, matching the government’s claims with on-ground realities reveals major gaps and shows that there is yet a long way to go on many fronts. This comes even as the COVID-19 third wave is due to hit India within months and the delta variant causes global adversity. How India fares this time around largely depends on the proportion of the inoculated population, and it is not up to the mark as of now.