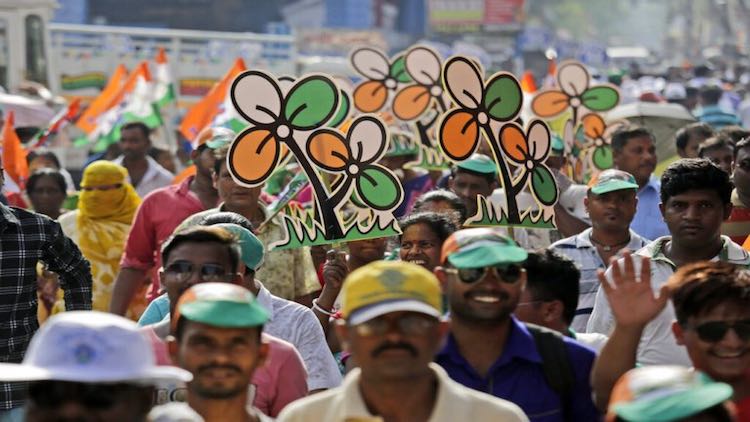 In the Kaliaganj assembly seat, TMC candidate Tapan Deb Sinha defeated BJP candidate Kamal Chandra Sarkar by over 2,000 votes in a close fight. Congress’ Pramatha Nath Ray had emerged victorious in the 2016 assembly elections for the Kaliaganj seat but the seat fell vacant after his death in May this year. Now, the TMC has captured this seat.

On Kharagpur Sadar seat, TMC candidate Pradeep Sarkar defeated BJP's Premchandra Jha by over 20,000 votes.  In the Karimpur assembly seat, TMC candidate Bimalendu Sinha Roy defeated BJP candidate Jai Prakash Majumdar. Majumdar is West Bengal BJP vice-president; he had been attacked some days ago. On winning the bypolls, Chief Minister Mamata Banerjee called it a “victory of development" and the people of West Bengal have outrightly rejected the BJP by giving this mandate against NRC and arrogance.

West Bengal CM Mamata Banerjee on TMC winning 1 and currently leading on rest of the 2 seats in the by-elections: This is a victory of people. This is a victory of development. Politic of arrogance will not work. People have rejected the BJP. (file pic) pic.twitter.com/lvuFwGvTWr

The assembly elections in West Bengal are scheduled to be held in 2021. Given this, these by-elections are being considered important for the BJP and the TMC. It is evident from election results and trends that CM Mamata Banerjee continues to dominate West Bengal politics while BJP is making quick gains there. The CPI (M), which had ruled West Bengal for a long time, and the Congress party, seem to be falling behind. Meanwhile, in Uttarakhand’s Pithoragarh assembly seat, BJP candidate Chandra Pant defeated Congress candidate Anju Lunthi by 3,267 votes. The Pithoragarh seat fell vacant after the death of Finance Minister Prakash Pant. Prakash Pant was counted among the strongest BJP leaders in Uttarakhand. In the by-election, BJP fielded his wife Chandra Pant. Watch the full report here: