What Are BJP's Trump Cards in UP Elections? It is Not Yogi 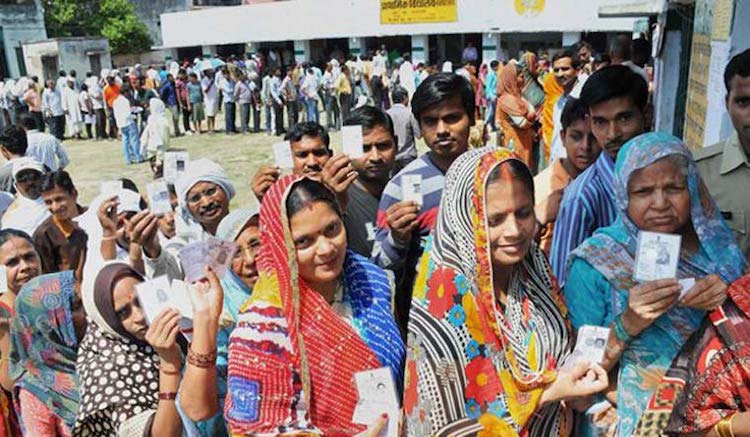 In its size, Uttar Pradesh is close to Brazil in population, Peru in its GDP and Burkina Faso in its per capita income. As the elections loom in India’s largest state, political slugfest has reached fever pitch. The government and ruling BJP is promising projects which are larger than the stimulus announced in many countries of Africa and South America. Until now, Prime Minister Modi and Chief Minster Yogi have announced nearly Rs 1,50,000 crore in infrastructure projects and other financial aid to the population of more than 22 crores out of which 14.5 crores are eligible to vote according to the Election Commission’s database.
Also Read:
Apple's Market Cap Briefly Crosses $3 Tr., Lunges Over Indian GDP

It is no secret that Uttar Pradesh figures at the lowest levels of Human Development Index on almost all the parameters – Health, Gender, Education, Employment or access to government services. For the last few weeks both Central and state governments have been buying advertising space on television, radio, online portals, newspapers and outdoors in abundance to promote the image of the state and its Chief Minister. Dozens of News Channels have been roped in for paid programming besides largesse in the form of advertising as never before. The Opposition- both Akhilesh Yadav of Samajwadi Party and Mayawati of BSP- have underlined the biased coverage of media during this campaign. Congress’s Rahul Gandhi even railed against the media persons for their one-sided coverage.  But it is not the media which garners votes in UP where TV and broadband penetration is among the lowest in India if you don’t consider poorer states like Bihar and Odisha. The main hope of the BJP is that the cash distributed to the farmers will get them public sympathy. And if you look at the abysmal numbers of the state, that is a fair assumption.
Per capita income in Uttar Pradesh in financial year 2020-21 was lower than 4 years ago - a mere Rs 41023 or less that $550, a little less than Burkina Faso at $642 and slightly better than Afghanistan at $538, according to IMF calculations. In other words every UP citizen earns Rs 3418.58 per month. Last week, the 8th instalment of PM Kisan Samman Nidhi was announced and Rs 5150 crore were distributed among 2.25 landless farmers in the state according to the official website of PMKSNY. So each landless farmer got Rs 2288, a king’s ransom in a time of economic slowdown and rampant unemployment. In total Rs 6000 per farmer has been distributed under the scheme in the year, almost 15% of their annual average income. In a state where total voters are 14.52 crores the government has not only reached more than 15% of the electorate but also obtained their data in every Panchayat as the beneficiaries are routed through the local body. This could be the most potent reason for the poor people of rural Uttar Pradesh to vote BJP in the coming elections. The communal outrage, election rhetoric, caste and community divide, and even the multi crore image building of CM Yogi, is just incidental