'Who Sent Our Unarmed Indian Soldiers To Martydrom And Why?': Rahul Gandhi On India-China Face-Off 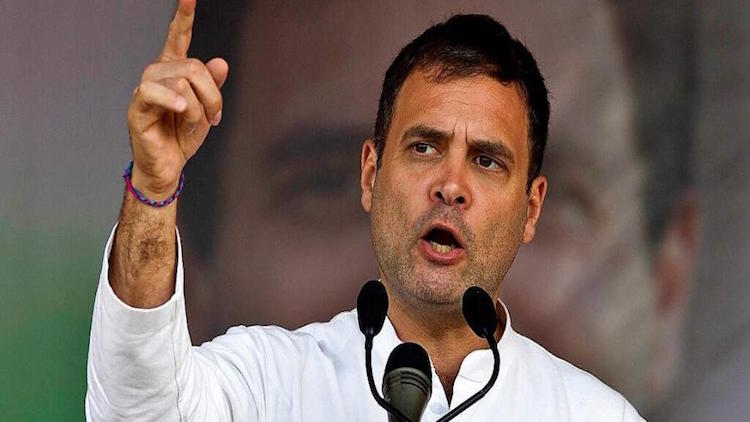 Crude weapons were used by the Chinese troops against the unarmed Indian soldiers in the deadly clash at Ladakh’s Galwan Valley on the intervening night of June 15 and 16, leaving at least 20 Indian army men dead. Congress leader Rahul Gandhi on Thursday questioned the Centre “why our soldiers were sent unarmed to martyrdom? in Ladakh, adding that “China has committed a crime by killing India’s unarmed soldiers. I want to know who sent these unarmed soldiers in the harm’s way and why. Who is responsible,” said Gandhi in Hindi during an 18-second video clip posted by him on Twitter.

In another tweet, Rahul Gandhi said “How dare China kill our UNARMED soldiers? Why were our soldiers sent UNARMED to martyrdom?”

Why were our soldiers sent UNARMED to martyrdom?pic.twitter.com/umIY5oERoV

Meanwhile, Congress General Secretary Priyanka Gandhi accused the Central Government of ‘kneeling down’ before China by handing over a rail contract to a Chinese firm. She wrote on Twitter, 'Our 20 soldiers have been martyred. In such a situation, the Central Government should give a strong message but the Government has adopted a strategy like kneeling down by handing over the contract of Delhi-Meerut Semi-High Speed ​​Rail Corridor to a Chinese company. All Indian companies are also competent to build this corridor. '

On Monday night, at least 20 soldiers, including a Commanding Officer of the Indian Army, laid down their lives in violent clash between Indo-China soldiers. Since then, tension simmers between the two nations.