'Will Take Back What Centre Snatched': Mehbooba Mufti Freed After 14 Months 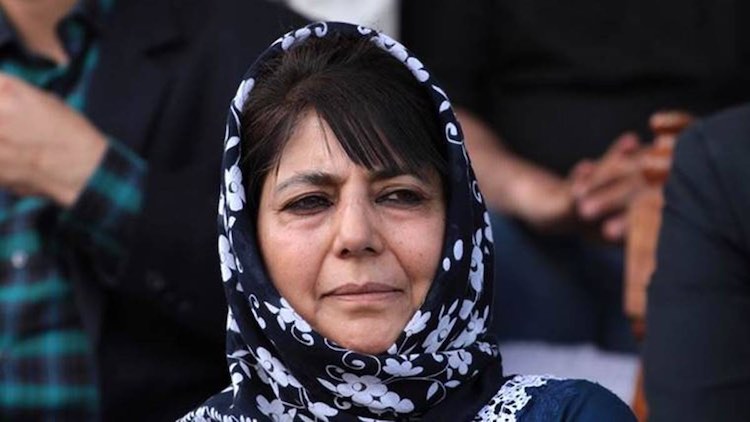 After 14 months, former J&K Chief Minister and PDP chief Mehbooba Mufti was released late on Tuesday night, govt spokesperson Rohit Kansal tweeted. Soon after her release, Mehbooba Mufti in an audio message said she will continue the struggle for the restoration of Article 370. She said, “All this time, the black decision of the black day of August 5, 2019, wounded my soul. And I understand the situation would have been similar for all people of Jammu and Kashmir. None of us can forget the humiliation we were made to face that day."

After being released from fourteen long months of illegal detention, a small message for my people. pic.twitter.com/gIfrf82Thw

Attacking the Centre, Mehbooba Mufti said, “Now, all of us have to reiterate, we will have to take back what Delhi Durbar snatched from us illegally, undemocratically and unconstitutionally. In addition to this, we will have to continue our struggle for the resolution of Kashmir issue for which thousands of people sacrifice their lives. I agree that this path would not be easy but I have a belief that our courage and our determination will help us to cross this road,” she said in the audio message. She also appealed that all the people who have been locked up in prisons should be released at the earliest. NC leader and former CM Omar Abdullah tweeted he is pleased to hear that Mehbooba Mufti Sahiba has been released after over a year in detention.

I’m pleased to hear that @MehboobaMufti Sahiba has been released after more than a year in detention. Her continued detention was a travesty & was against the basic tenets of democracy. Welcome out Mehbooba.

Congress leader and former J&K CM Ghulam Nabi Azad also welcomed Mufti’s release after more than 15 months, saying ‘like Farooq Saheb and Omar Abdullah, this detention was unique in our country, where the government ordered detention themselves don’t know the reason behind it.”

Thank God at last @MehboobaMufti has been released after more than15 months.This detention like that of Farooqsahib&@OmarAbdullah was unique one in our country,where the govt. ordered detention themselves don’t know reason and crime committed by these 3leaders.Jai ho democracy ki

Last year on August 5, with the removal of the provisions of Article 370, 444 people were detained under the PSA. Mufti was also placed under house arrest on August 5, when the central government split the state of Jammu and Kashmir and took away its special status. Last month, the SC had asked the J&K administration to give its stand on how long Ms Mufti can be kept in custody while hearing a petition filed by her daughter Iltija Mufti. Former CM Omar Abdullah and his father Farooq Abdullah, who had been under house arrest since August last year, have already been released.