Will You Get Justice In Your State? New Rankings Shed Light

For the first time, Indian states have been ranked on the basis of their capacity and ability to deliver justice to their citizens. The ranking, part of the comprehensive ‘India Justice Report 2019' an initiative of Tata Trusts, was launched in the capital on Thursday. The report, which took 18 months to prepare, relies solely on government-based data and ranks states on four pillars of justice, namely judiciary, police, prisons and legal aid. Interestingly, while each state has been individually ranked and can score up to ten points for its performance based on these four parameters, none of the states have got more than six out of ten.
Also Read:
Cabinet Clears Rs 25,000 Cr To Revive Real Estate Projects

On the top of the list among the best performers is Maharashtra which has scored 5.92 points out of 10. The close second is Kerala followed by Tamil Nadu which has scored high on diversity in judiciary and also inclusion of women in judiciary and the police where Tamil Nadu has done better than Kerala and Karnataka. On the lower end of the large states are Rajasthan, Jharkhand, Bihar and Uttar Pradesh at the bottom of this pile with just 3.32 points out of 10.

"The report shows some very interesting details. A large state like UP is managing to do its policing and law and order duties with just 60% of the sanctioned police force. The state can easily improve its ranking by filling up almost 40% of vacant posts," Vipul Mudgal, Director, Common Cause, told GoNews. Even though the UP ranks at the bottom, the report said the state has a greater intention to improve its capacities across the police, prisons, and judiciary. This includes trend indicators over the past five years showing an increase in the share of women in the state police force, the share of women functionaries in prisons, increasing prison budgets and reducing vacancies of high court judges. The report also throws up stark conclusions on the overall picture of India. While vacancy in police, judiciary and prisons is an issue across states, only half of the states have made an effort to reduce the vacancies over the past five years. India has roughly 18,200 judges but this still leaves 23% of the posts vacant. Women too are poorly represented in the police force, comprising just 7% in the police. Another worrying fact is that 68% of all inmates in prisons are undertrials with 28 million cases pending in courts of which 24% of cases are of over five years. Gujarat is the best performer in filling vacancies: PM Modi’s home state has come on top in filling up vacancies across all posts in police, judiciary and prisons while Karnataka is the only state to have nearly filled officer-level reservations in all caste categories. The report, however, shows that women still face the ‘glass ceiling’ where most women tend to be clustered amongst the lower ranks. While no state has adopted affirmative action for women judges in high courts, Tamil Nadu at 20% and West Bengal at 18% had the highest share of women judges in the high court, while Uttarakhand and Chhattisgarh as of June 2018 did not have any female judge in the high court. 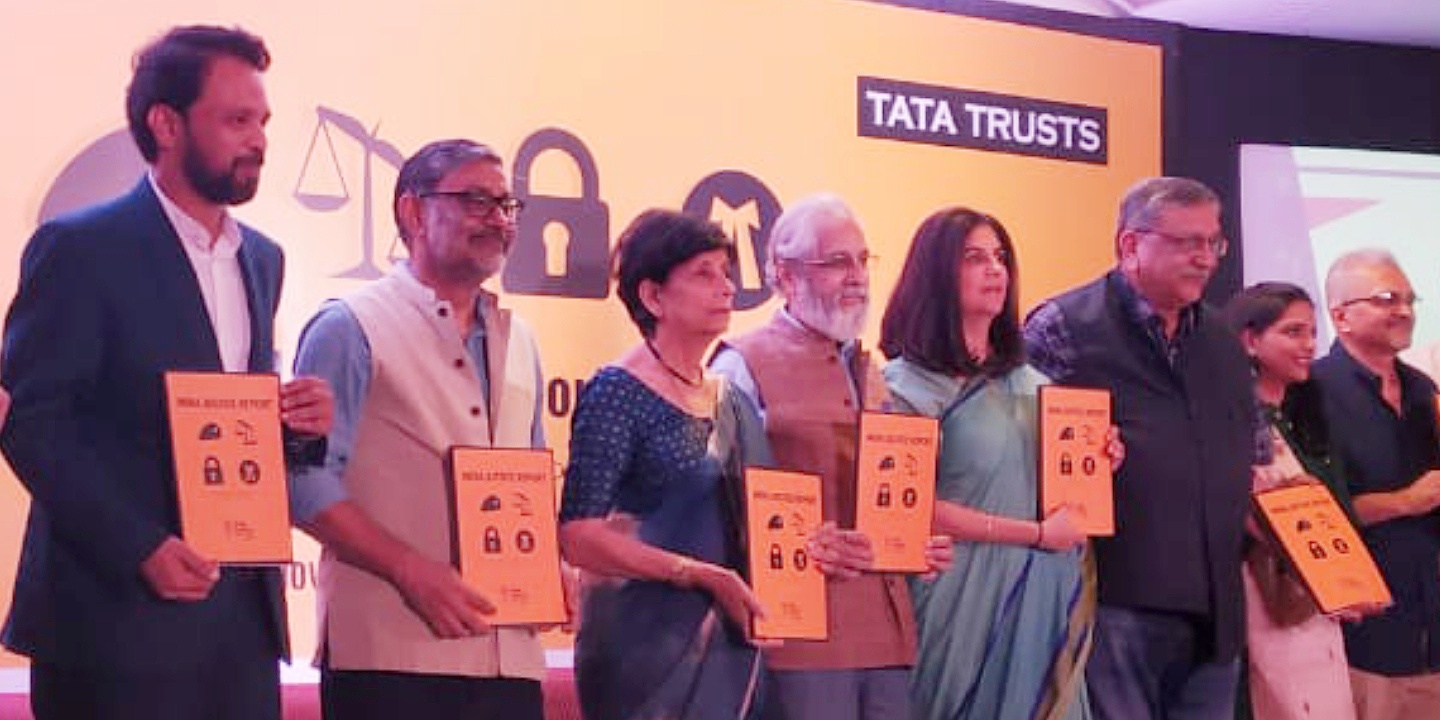 "The fact is that no state is in number one position. Equality means that there should be a representation. We need to see what is stopping women’s entry into senior positions. Can they just become lawyers but not break the ceiling of the higher judiciary? We need to examine this," Madhurima Dhanuka, head of Prisons Reforms Programme at Commonwealth Human Rights Initiative (CHRI) told GoNews. Speaking about the current clash and standoff between police and lawyers in Delhi, Gagan Sethi, Co-founder Centre for Social Justice said, "Constabulary today consists of graduates and postgraduates, you cannot treat them like this. You also need to ensure access to legal aid. Denying this, there will be deaths and Khap panchayats which will settle disputes. Here, too, it will be Dalits and the poor who will face the brunt of street justice in absence or delay in providing justice. "I fervently hope the judiciary and government will take note of the significant findings and the states will also act to urgently plug the gaps in management of the police, prisons, forensics, justice delivery, legal aid and filling vacancies," said former Supreme Court Justice Madan B Lokur (Retd) , who was at the launch of the report. Interestingly, all the data for the report has come from government sources, thus the hope arises this will form a reliable tool for governments to use when planning on improving the delivery of justice. It also gives a citizen data they can use to demand their right to justice and making it harder for governments to ignore, if only at their own peril.