Yogi-Led UP Leads In ‘Harassment’ Of Human Rights Defenders 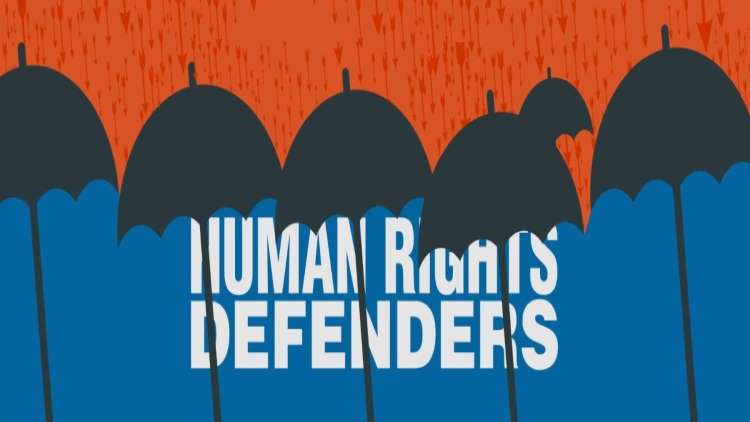 The harassment of human rights activists is on the rise in the country, with Yogi Adityanath's Uttar Pradesh leading at the forefront, as per the Home Ministry. In response to a question asked in the Lok Sabha last September, Minister of State for Home Affairs G Kishan Reddy said that there were 73 cases of human rights violations in 2017-18, which increased to 89 in 2018-19 and 105 in 2019-20. The worst situation in terms of human rights violations was in Uttar Pradesh under Yogi rule. According to Kishan Reddy's reply, the National Human Rights Commission received only 3 complaints of harassment of human rights activists from Uttar Pradesh in 2017-18, which increased to 26 in 2019-20. That is, an increase of 900 percent was recorded in one year.
Also Read:
Indian Agriculture: A Tale of Two Blindspots

Apart from this, the figures in Rajasthan also increased. Complaints of human rights violations rose from 2 to 7 from 2017-18 to 2019-20. Human rights activists usually raise the voice of weaker sections like Dalits, Adivasis, minorities, women and workers. They are knowledgeable about the law, so if the defenders are being harassed, then imagine what will happen to those who are being oppressed. It has been seen in many places that action is often taken against the human rights activists under UAPA i.e. Unlawful Activities Prevention Act. This is the same law, which many human rights organisations censure the Mod government for its use. The strange thing is that arrests under UAPA are constantly increasing, but the police is very sluggish in filing the charge sheet. It is clear that the police is using UAPA without any valid reason. In the Lok Sabha, the Ministry of Home Affairs has informed that where a total of 901 cases were filed under UAPA in the year 2017, the figure reached 1182 in the year 2018. According to 2019 data, 1226 cases were registered that year under the UAPA, which means there was a steady increase in such cases. According to the data presented in the Lok Sabha, till now the police have filed charge sheets in less than 25 percent of the cases. This question related to UAPA matters was asked by Binoy Vishwam in CPI Rajya Sabha. Significantly, Pinjarot activists Devangana Kalita and Natasha Narwal were arrested under the UAPA for their alleged role in the Delhi riots. Both have been in jail since May this year. Recently, Delhi Police arrested JNU alumnus Umar Khalid under UAPA for his alleged role in Delhi riots. Apart from this, human rights activist Rona Wilson, Advocate Surendra Gadling, Professor Shoma Sen, Mahesh Raut, Sudha Bhardwaj etc. are also in jail under UAPA in Bhima Koregaon violence case. If the accused is charged under the provisions of UAPA, he cannot seek anticipatory bail, and the period of investigation can be extended from 90 days to 180 days at the request of the public prosecutor - meaning that the accused jas no chance of getting regular bail. If the court finds the case prima facie true, it may also refuse to grant regular bail to the accused person.