Last Straw For The Sinking Ship:Tale of A Kandh Tribal 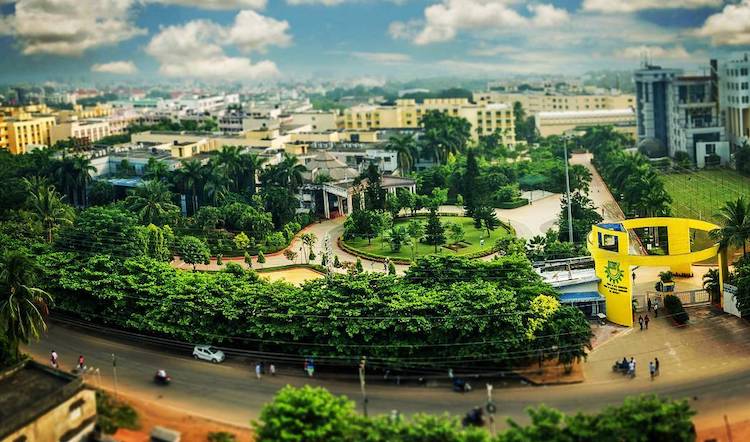 As the metaphoric expression goes, hoping against the last straw for a sinking ship may be the last option. Arabinda Pradhan, an indigenous Kandh tribal boy born to Late Sanetra Pradhan, Father and Sashmita Pradhan, Mother of Mahaguda village under Tikabali Block and Kandhamal District  was the youngest of the two siblings and was most favourite  child of Sashmita Pradhan. No one knows what is in store in the destiny to Arabinda’s ill luck; his father’s sudden demise by heart attack put a severe blow to the family. Mother Sashmita had to bear the brunt of adversity when Arabinda was only one year old. With no source of livelihood, Sashmita toiled as daily wage earner for bare subsistence of the two children. Although she nourished a big dream which was paled into insignificance with overwhelming economic hardship.  Amid the adversity which prolonged for 4 years, his maternal Uncle and Aunty came to rescue and supported the poverty-stricken family. Her Aunt became aware of KISS from the nearest village about the holistic educational model  offering boarding and accommodation with health and well-being absolutely free of cost.
Also Read:
UP BJP Exodus: 7 Rebel OBC Leaders Team Up With Samajwadi Party Today

After proper enquiry and being convinced of the credibility and reputation of the largest university for indigenous children, Shantilata (aunt of Arabinda) tried for admission of both the siblings, but successfully admitted one child. She pursued her effort in getting opportunity  in the next academic year which by God’s grace was materialised and Arabinda finally stepped into the first ladder of his career as Class one at KISS.The little boy who was roaming in circuitous roads in the jungle and talking the colloquial languages of  tribals found it hard to cope with the disciplines and academic rigours at KISS .He fondly remembered his mother’s love and care , but his strong will and determination  to purse studies helped him to gradually attune and reoriented to the prevailing systems and practices in the campus to a great extent making his life easier . Meantime Aurabinda was overwhelmed with grief as he learnt of his mother’s eviction from the house due to some family issues.The dreary incident filled tears and he felt nostalgic. Innocent and mild-mannered Aurabinda has nurtured a dream to become a Police Officer and committed to his goal.He is bright in his studies and got accustomed to the campus rules and regulations which empowers indigenous students through its unique curriculum and extra c-curricular activities. Arabinda is marching ahead in his journey with all commitment and determination to achieve his goal. The blessing of his mother,uncle and aunt, teachers and mentors  and above all blessing  of Founder of KISS Dr Achyuta Samanata is a great source of inspiration .He is deeply indebted to the to KISS  authorities which has anchored  and supported in mitigating of poverty and hunger  through a platform which ensured quality education. Aurobindo Salutes to KISS for giving credence and catapulting him to a new  horizon.