Santosh - A Story Of Resilience Scripted With An Indomitable Spirit 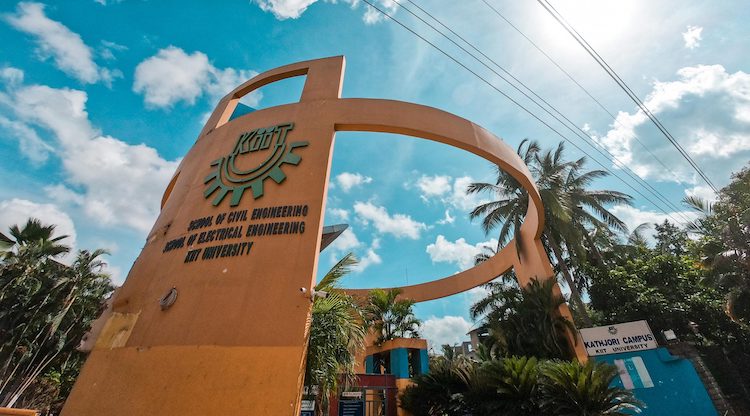 The Almighty’s creation is supreme. All beings function as per destiny’s directives. It is said that there are strange ways of life. By the wish of the Lord, even a dead person can come to life with the Sanjeevani belying all mundane expectations. We are recounting a story of the same lines. He is Santosh Naik. Who was born to Gour & Bilasini Naik of remote Baraguda village of Keonjhar district. By a tragic coincidence, Santosh was congenitally physically disabled. He was afflicted with polio from birth in one leg. Gour Naik made a living as a daily wager.
Also Read:
India 'Balances' US And Russia, Abstains From UNSC Vote On Ukraine

Mother Bilasini used to do household work. Santosh was their only son. Meager earnings for Gour, made life quite difficult for the family. However, they were happy with their life & little son. At this phase, destiny’s cruel hands snatched away Santosh’s father forever. Gour succumbed to an unknown disease. Mother Bilasini was crestfallen. It was as if the sky fell on her head. The sudden demise of her husband & son’s condition made her quite forlorn. Santosh was four years old & could hardly understand anything. As if this was not enough, mother Bilasini also passed away soon. Taking up the responsibility of Santosh, for his uncle, it was a burden for him. Even it was difficult to arrange two square meals a day for the family. Though Santosh came of age to go to school, it was impossible for his uncle to support him. Somehow he continued his education in the village school, which lacked the basic infrastructure.   At this juncture, Manas Dehuri, an alumnus of Kalinga Institute of Social Sciences (KISS), who belonged to the area, appraised Santosh’s uncle, about KISS & the facilities available for the children. Accordingly, Santosh’s uncle got him admitted to KISS, way back in 2016. For Santosh, It was a dream come true. The transition was not easy. However, the enabling system of KISS worked wonders & very soon, the boy adjusted to the new environment. He began enjoying his studies. KISS was founded by eminent educationist, social activist and philanthropist Dr. Achyuta Samanta in 1992-93. After more than three decades of glorious journey, Dr. Samanta doesn’t require an introduction. From negotiating through arduous early years today he has become a great rallying point for people at home and abroad. KISS stands out like a signature symbol of Dr. Samanta’s tenacity and determination. Currently, he is a Member of Indian Parliament, Lok Sabha. Besides education and tribal upliftment, healthcare and rural development, he has contributed immensely to art, culture, literature, film, media, society and national integration. His contribution to the field of sports requires a huge canvass to list its rise and expanses, right from the grassroots to the international victory podiums. The enormity of the man can hardly be elaborated within the concise space of admiration on papers. Besides KISS, he also founded Kalinga Institute of Industrial Technology (KIIT), and both educational institutions have achieved global repute and recognition. KIIT is an Institution of Eminence and one of the most prominent universities in India and globe for professional education having more than 30,000 students from all over India and 65 other countries. KISS is a home for 60,000 indigenous children all absolutely free.  Santosh is now a student of class X. Since early 2020, when the pandemic started, all the students of KISS were sent back to their native villages. Amidst this uncertainty, he had continued his studies & attended online classes. After the abatement of the COVID restrictions, he has rejoined his physical classes & at present preparing for the High School Secondary Examination. Santosh has earned a name in KISS for being a good scholar. Moreover, he is a skilled craftsman now, having been trained at the Vocational Studies center. The infant of yesteryears is now a confident teenager, with dreams in his eyes. He is marching ahead in the path of progress & hopes to become a good teacher in the future. He feels grateful to Dr. Achyuta Samanta for hand-holding him at the crucial moment of his life. Though young, & still has a long way to go, he wants to help his villagers who are still struggling to come up in life. Many of the KISSIANS like Santosh see the hope at the end of the tunnel to turn a new leaf in their lives. The unique environment of KISS grooms its students to become future change agents for their own communities & use the formal/vocational inputs to earn a livelihood to break the chain of poverty, illiteracy & hunger. KISS respects the ethnicity, individuality & uniqueness of all the communities & handholds the students to help preserve & develop the arts, crafts, language & culture of their own. Further KISS identifies the inborn talents & grooms them to become champion sportspersons.