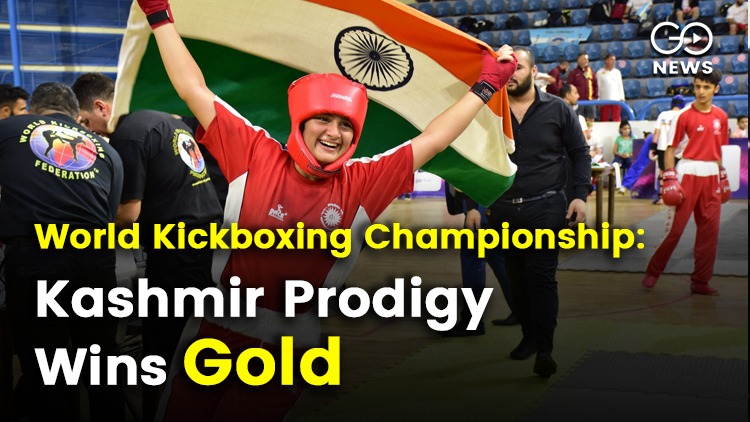 13-year old Tajamul Islam is a child prodigy in kickboxing from Kashmir’s Bandipora district who has won a gold medal for India in the under-14 category in the World Kickboxing Championship held in Cairo, Egypt, after achieving the same feat in the under-8 category of this competition four years ago. She was seen celebrating her win by wrapping India’s flag on her shoulders and smiling brightly. Tajamul hails from a village named Tarakpora, and is the youngest of three siblings, Raziya and Mohsin. Her father is a driver by profession and has sent all his children to train in martial arts.
Also Read:
Can Evolution Gaming Become A World-Leading Slots Provider?

Tajamul has had an inspiring life story with many ups and downs, facing difficulties within and outside the ring. Being a girl, she had to lean on the support of her mother to be allowed to play sports competitively, that too a combat sport which is seen as unconventional for her gender. After initial hesitancy, her father allowed her, and later, as she says, became a big support system for her like her mom. She began her long journey in 2014 at the district level in Bandipora, and grabbed attention just a year later in 2015 being declared the best athlete in her discipline in Jammu and Kashmir. Tajamul had strted kickboxing at the age of five itself, and later joined a local martial arts academy which trained kids. You will be surprised to know that the 13-year old Tajamul has added 26 medals to her tally in such a short career, of which 11 are golds, 7 silvers, and 8 are bronze medals. Get the full story here