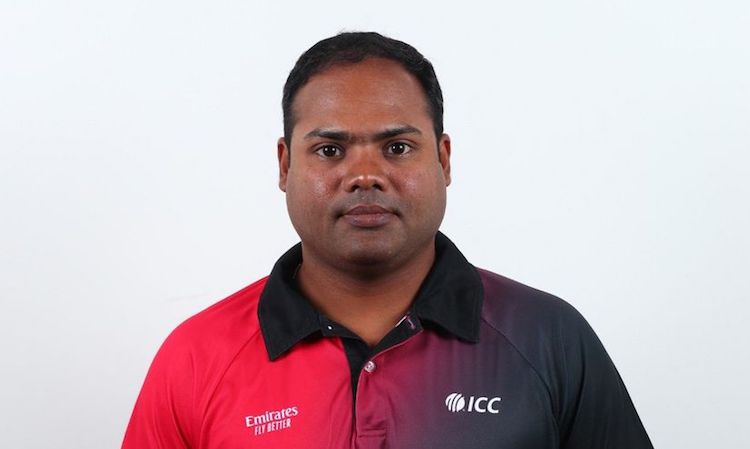 Son of former international umpire Narendra Menon, umpiring wasn't Nitin's first choice of profession. As a youngster, he wished to play the game. He even featured in two List A matches for Madhya Pradesh in 2004. But an opportunity to test out his umpiring acumen emerged in 2006 and Menon, on the nudging of his father, decided to have a go. Once he discovered that he had the talent for officiating matches, he knew that's where his true calling was. "My father is a former international umpire and in 2006, BCCI conducted an exam for umpires and that was after a gap of almost 10 years. So my father told me to take a chance and give the exam saying 'if you clear, you can always take up umpiring as a profession', so I took the test and in 2006 I became an umpire. "My priority was to play for the country rather than umpiring. But I quit playing at 22 and I became a senior umpire at the age of 23. It wasn't worth trying to play and umpire so I decided to focus on umpiring alone." Menon's progression through the ranks has been quick, and at the age of 36, he is set to become the youngest member of the Emirates ICC Elite Panel of Umpires. If Menon continues in the manner that has carried him this far, he could be staring at a lengthy stint at the highest level, but, although confident, he is wary of getting carried away. "I'm feeling very confident by the fact that age is on my side, but the performance is what ultimately matters. Whether I do well or not, age has little to do with performance." Apart from years of domestic experience, including in the Indian Premier League, under his belt, Menon has also stood in 43 men's international matches. In addition to that, he has had World Cup experience having stood in the 2018 and 2020 editions of the ICC Women's T20 World Cup. Menon feels his experience over the years and the rapport he has built with other top umpires will help keep him from feeling any additional nerves when he takes charge as a member of the Elite Panel. "The Ranji Trophy is very competitive, and then when we do well we get a chance in the IPL, which in a way feels like an international game. When I stood in my first international game, there still was a bit of pressure, but I quickly started feeling more at home." "I've stood with most of the guys from the Elite Panel in the IPL or international games, so I'll always have a rapport with them and I'm feeling comfortable to go." Menon is set to become only the third Indian to make the Emirates ICC Elite Panel of Umpires after S Venkataraghavan and S Ravi. He wishes to see more youngsters from the country follow in those footsteps and has words of motivation. "As an umpire you have to always work hard, keep on performing day in and day out," he said. "It's not like you perform just one year and you'll be on the elite panel, so we have to be persistent with our performance and ultimately your hard work will be rewarded because the structure requires us to be consistent." And there are several great reasons to pursue the profession but the most tempting prospect is that "you get the best seat in the house. You get to watch the best bowlers, best batsmen, best performers. You can't ask for too much more".
TAGS Cricket ICC Nitin Menon