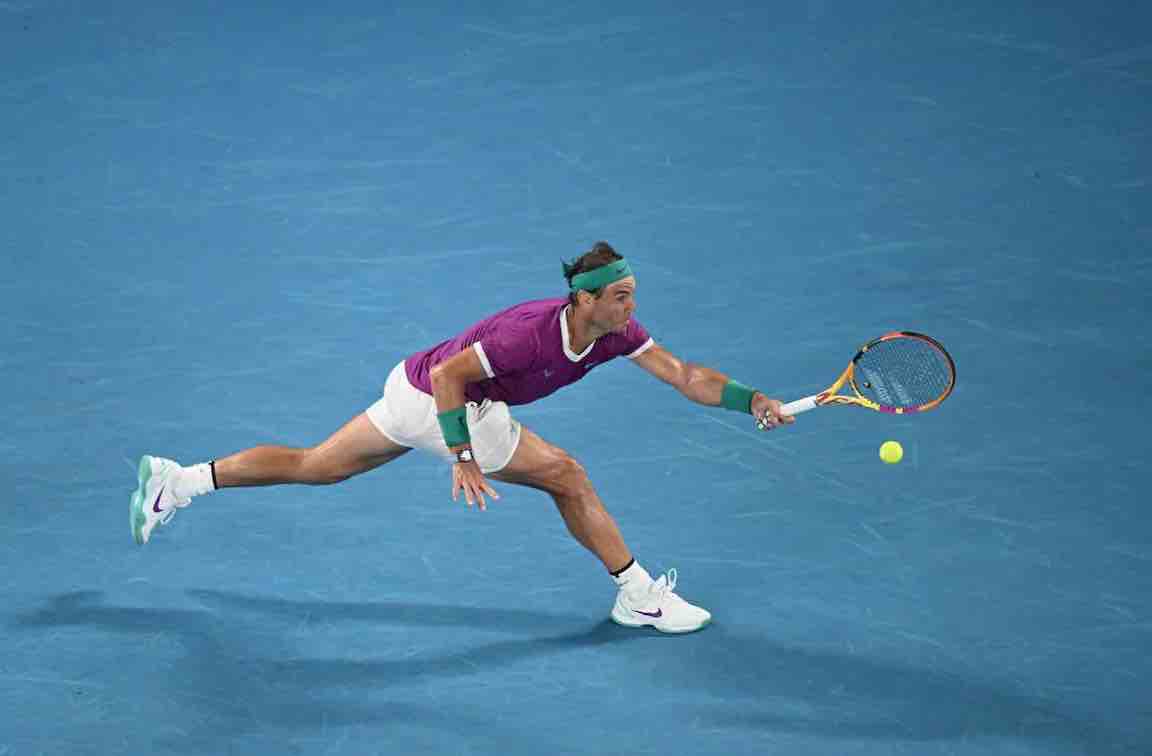 Rafael Nadal was in shock by Medvedev in Australian Open as the world number one had to fight hard to remain in contention for the title he has not won since 2009. Medvedev broke his serve twice in both the sets and took them 6:2 and 7:5. The second set had to go in a tie-break which Medvedev took. The Russian was outplaying his Spaniard opponent with a better athletic performance in the court. Nadal has come back to win a match while down by two sets 3 times in his career. Update:
Also Read:
NYT Report Claims Modi Govt Bought Pegaus Spyware As Part Of $2b Deal

Rafael Nadal made a strong comeback since being down 2 sets, and established his authority in the game by picking up the next two sets 6-4 6-4. The last set of the match, i.e., the 5th, is presently at Nadav v Medvedev at 5-3, with Medvedev on serve. A few months ago, Nadal was not even sure about being in the tournament and now he has come out on top of a gruelling 5+ hour match. Update: Medvedev saved the gam and now Nadal will serve for the match in this game, but it remains to be seen whether Medvedev can break his serve and fight for his place in the final to clinch his second Grand Slam title. This match is proving to be an ultimate test of physical and mental endurance as it stretches on to almost 1 AM in the morning. Nadal has gotten off to a dominating start and is up 5-4 in the first set by 30-0. Update: Medvedev has come back in the 9th game of the match and hammered down a lob at the net to reach 40-30 and secure a chance at a break point. In an amazing turn of events, he broke Nadal coming back from 30-0 down to even the final set at 5-5. It shows that the fight to take home the Australian open Men's Singles trophy will be hot on the court. Update The contest just keeps getting more thrilling as Nadal stormed his way back by breaking Medvedev 5-5 in the fifth set after a tense deuce. Presently, Nadal is up 6-5 and serving for the match again. Rafael Nadal won the Australian Open Men's Singles 2022, becoming the first individual to win 21 Grand Slam singles titles and his second Australian Open. The final score is: Rafael Nadav vs Daniil Medvedev: 2-6, 6-7, 6-4, 6-4, 7-5