Emphasis On Continued Investment In The Women's Game 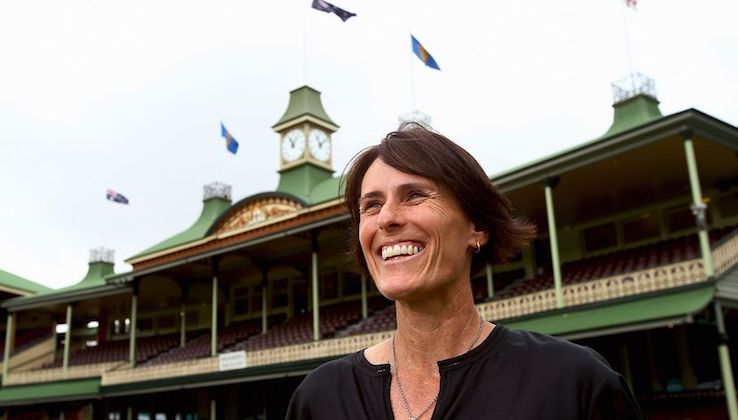 Continued investment in women’s sports in the post Covid-19 period and creating inclusive environments for girls and women were the main points of discussion in 100% Unity, the final episode of the 100% Cricket webinar series held on Wednesday. Former Australia cricketer and Executive General Manager of Community Cricket at Cricket Australia, Belinda Clark and Arijana Demirovic, head of FIFA’s Women’s Football Development, discussed the challenges ahead in the one-hour conversation moderated by commentator Mel Jones.
Also Read:
Oil Drilling Continues Despite Burning Well In Assam

The two discussed the infrastructure and environment needed to encourage women in sports and felt the coming period was vital, especially after the successes of the FIFA Women’s World Cup 2019 in France and the ICC Women’s T20 World Cup 2020 in Australia. Australia defeated India to claim their fifth T20 World Cup title in front of a record 86,174 fans at the Melbourne Cricket Ground on 8 March and with the ICC Women’s World Cup 2021 due to be held in New Zealand in another eight months, this period is seen as crucial for women’s cricket. Clark, the first cricketer to score a double-century in ODIs, said it was important to continue the good work. Belinda Clark: “The biggest challenge is protecting the progress that we have made and not taking it for granted that the next steps will just flow without a similar amount of effort and attention. Whilst financial belts are being tightened across the world with what we are experiencing at the moment, it is easy to include inclusion as a concept, females playing sports is part of that, but it is really easy for us to go backwards.” “I think it will be really important that we protect our investment, that we stay on the path, that we don’t become a ‘nice to have’. It is critical that it is a ‘must-have’ and it is demonstrated that when you do it over a period of time, you do see results.” Demirovic said the Covid-19 pandemic was not the only impediment for women’s sports. Arijana Demirovic: “Sustainability of the sport, especially now, facing the situation of Covid-19, somehow interrupted the momentum we had from the FIFA Women’s World Cup 2019… of so many eyes on the sport, so much investment, so much interest… that we have to be wary and address it. “Of course this is not just in terms of the economic impact it had, but also what does it mean in terms of different cultures, and how we address some of the challenges we had even before Covid-19, and manage perceptions of women’s sports in some of the regions that are still struggling with this.” Jones, who has hosted the six week 100% Cricket webinar series said there had been a lot to learn during the session Mel Jones: “It has been wonderful interacting with all our webinar guests and discussing a variety of topics. The webinars were thought-provoking and many new ideas discussed during these sessions. It was an education for me in many ways and I am sure it would be the same for those who watched. “As a former cricketer, it has been fascinating following the progress of women’s cricket. It is crucial that this momentum is not only maintained in the coming times but continues to push new boundaries so that women’s cricket continues to grow across the world.” ICC Media Release