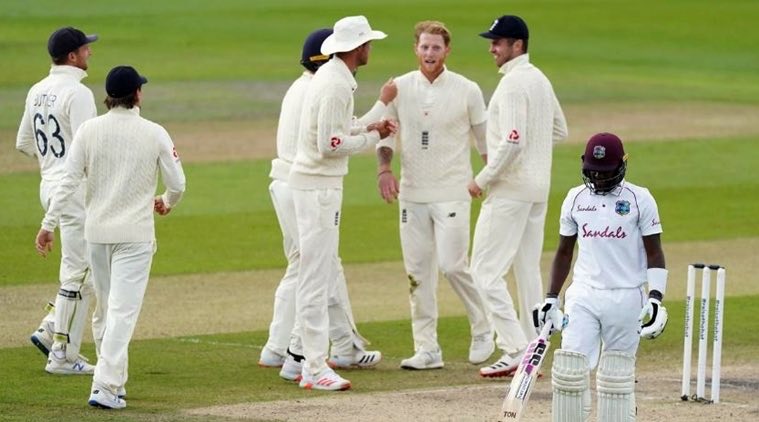 England beat West Indies by 113 runs in the final session of the fifth day of the second Test at the Old Trafford on Monday to level the three-match series 1-1. Ben Stokes cracked unbeaten 78 from 57 balls to allow England to declare on 129-3, setting West Indies 312 to win or 85 overs to survive. In response, the visitors were bowled out for 198. Shamarh Brooks (62) and Jermaine Blackwood (55) scored half-centuries which went in vain.
Also Read:
ICC Men's T20 World Cup 2020 Postponed