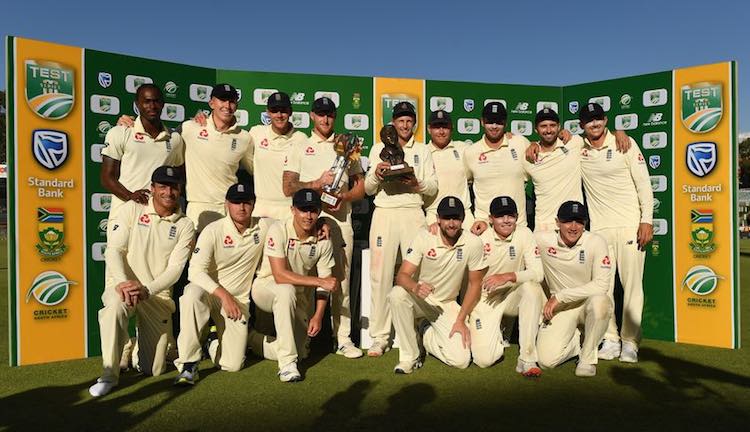 England have grabbed 90 of the 120 points at stake in the four-Test series against South Africa and are in third position on the ICC World Test Championship points table with 146 points. England’s 3-1 win follows their 2-2 draw against Australia, which had earned them 56 points. Also Read: 626 EU Lawmakers Move Resolution On CAA And J&K Clampdown

South Africa are in seventh position with only 24 points after two series. Drawing a blank on their tour of India in October last year, they won 30 points for winning the first Test against England but were penalized six points in the final Test at the Wanderers for bowling three overs short. India lead the table with 360 points from three series while Australia are second with 296 after having grabbed a full 120 each against New Zealand and Pakistan. Pakistan and Sri Lanka are on 80 points each while New Zealand are on 60. Each series of the WTC is worth 120 points, distributed evenly over the number of matches in a series. The points range from 60 points for each match of a two-Test series to 24 for each match of a five-Test series. The top two teams at the end of the league will play the final in the UK in June 2021 with the winners crowned the World Test Champions. ICC Media Release
TAGS ICC World Test Championship