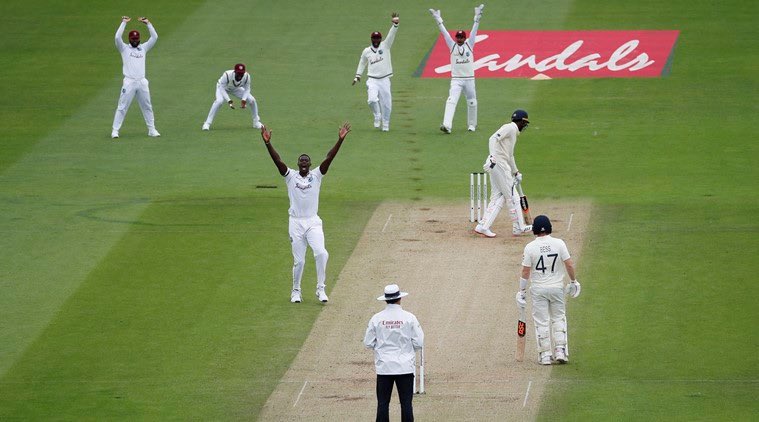 The West Indies bowler staged a late fightback to reduce England to 284 for eight at stumps on the fourth day of the first Test at the Rose Bowl Cricket Stadium in Southampton on Saturday. However, with two wickets remaining the hosts have taken a 170-run lead over the Caribbean side by the end of the day's play.  For England, Zak Crawley (76) and Dom Sibley (50) scored half-centuries, while stand-in England captain Ben Stokes chipped in with 46 before the late Windies fightback. The Hosts at one stage were looking comfortable with 168/3 at Tea but were reduced to 284/8 in the final session.
Also Read:
'Asatyagrahi': Rahul Gandhi Attacks PM Modi Over "Asia's Largest Solar Power Project" Rema