It’s back. After 100 days the Premier League is set to kick off on Wednesday behind closed doors. Not many would have thought that the most watched football league in the world would return after what seems like an interminable gap caused by the coronavirus pandemic, which by no means is even close to over. However, on a lighter note, apart from physical distancing, millions of often lonely fans the world over may need new batteries for their remotes.
Also Read:
Ladakh Face-Off: India Wants Peace But Can Give Befitting Reply If Instigated, Says PM Mod

Two matches kick off on Wednesday night of special note for Indian fans. Aston Villa will meet Sheffield United (10.30 pm IST) and a cracker of a clash will be Manchester City Vs Arsenal (past midnight at 12.45 am) at the iconic Etihad Stadium in Manchester. However, the occasion will not resound with the cry of thousands of fans because the coronavirus has led to a whole new ballgame, literally, to be played behind closed doors with only 300 allowed into the stadium. Mostly support staff. 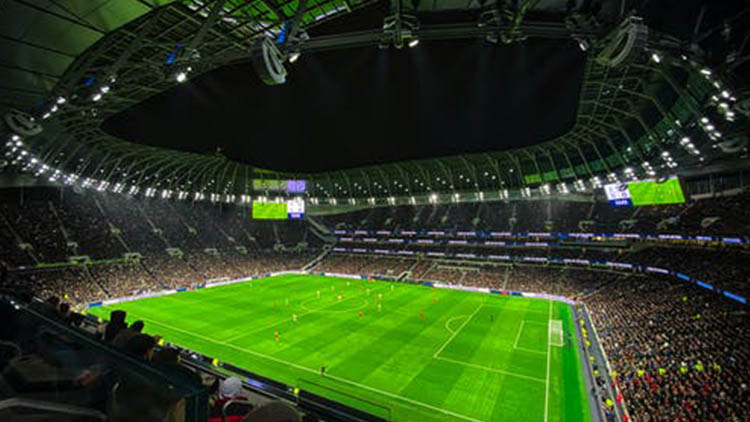 There will also be heavy health screening of the players and minimum contact during the course of play. In a tribute to George Floyd, during the first 12 matches, players will sport "Black Lives Matter" on the back of shirts instead of names. Tribute will also be paid to healthcare workers. “As a show of recognition for the incredible work of National Health Service workers during the COVID-19 crisis in the UK, an NHS badge will feature on the shirts of players and match officials for the rest of the 2019/20 season”, said the organisers. Liverpool FC are on the verge of lifting a historic title, needing only two more wins in what has been an agonising wait since the league got interrupted by the pandemic.

Unique ways of replicating some measure of morale boosting for the players have come up, from having cut-outs of fans in some stands to club scarves being tied around spots in the stadium. For many TV viewers, there is even crowd noise which can be selected from EA SPORTS Atmospheric Audio. That said, there is no substitute for a stadium bursting at the seams with frenzied fans. How this will affect  players' performances  and TV viewership remains to be seen. With all the bad news amid the pandemic, no harm in some football to score a smile.