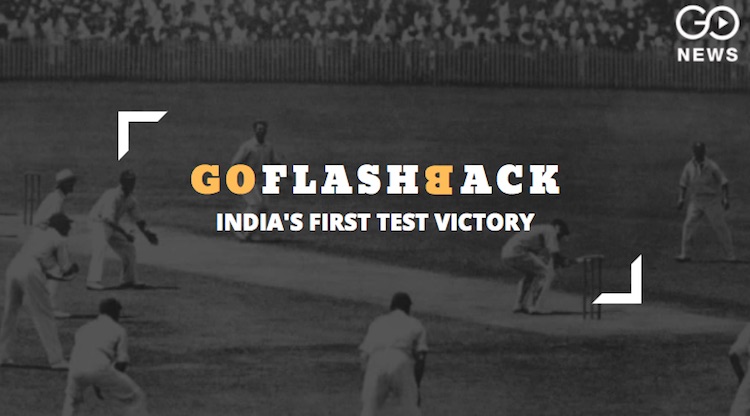 GoFlshbach - India's First Test Victory By Sahir The joy of first victory is always special. In a country where cricket is above every other sport, it's hard to believe that it took 20 long years for the team to register their maiden Test victory. The country achieved its first-ever Test victory in a 1951-52 home series when it beat England in Madras, as it was called then. Also Read: Railways Get Camel Milk For A Special Child, From Rajasthan To Mumbai

England was leading the five-match series by 1-0 before the final Test. In the last Test, English Captain Donald Carr won the toss and opted to bat first at the Madras Cricket Club Ground. On a slow wicket, the England Team crumbled for a mere total of 266. Thanks to career-best bowling figures of 8/55 by slow left arm bowler Vinoo Mankad. India replied strongly with fine batting performances by Pankaj Roy (111), Polly Umrigar (130) and D G Phadkar (61) and posted a mammoth total of 457. With a big lead of 191, the English side came under pressure and was bowled out for just 183 in the second innings. Mankad (4/53) once again turned out to be the chief architect of the Indian bowling and along with Ghulam Ahmed (4/77), helped India to register its first Test victory by an innings and 8 runs. It was also the first time that India was successful in drawing a Test series 1-1. Brief Score Sahir Also Read: Test Cricket’s Most Famous Duck
TAGS GoFlashback Indian Cricket Team Cricket