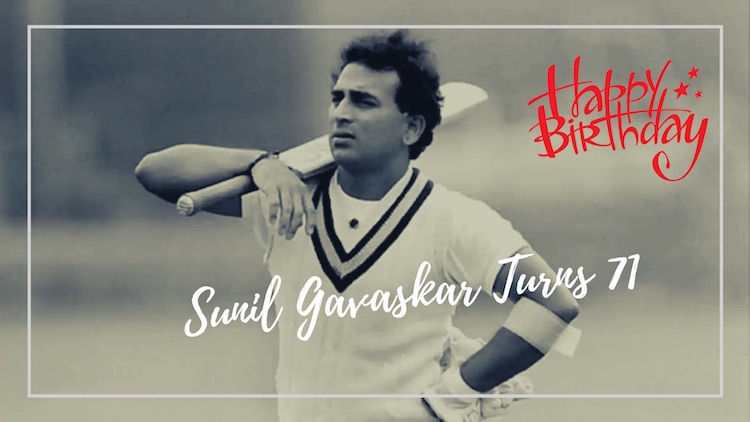 Former India cricketer and one of the greatest opening batsman Sunil Gavaskar, popularly known as 'Sunny' and 'Little Master' is celebrating his 71st birthday today and it is a peculiar incident from the time of his birth that often comes to the mind. Sunil Gavaskar was born on 10th July 1949 in a hospital in Bombay with a birthmark near his ear and it was this mark that played a pivotal role in preventing what could have been a huge loss to Indian cricket. When he was born, the nurse in the hospital mistakenly swapped him on the bed and handed over a wrong child to Gavaskar's Mother. But his Uncle noticed earlier that Sunil Gavaskar was born with a small hole in his ear and searched all the child in the hospital and than finally found him behind a Fisher Women who have just given birth to a child. Thanks to his uncle who noticed him and otherwise maybe he would have been a Fishermen.
Also Read:
Southampton Test: England Vs West Indies, Day 2 Report

According to his biography Sunny Days:  “Providence had helped me to retain my true identity, and, in the process, charted the course of my life. I have often wondered what would have happened it nature had not ‘marked’ me out, and given my ‘guard’ by giving me that small hole on my left earlobe; and if Nan-Kaka had not noticed this abnormality. Perhaps, I would have grown-up to be an obscure fisherman, toiling somewhere along the west coast. And what about the baby who, for a spell, took my place? I do not know if he is interested in cricket, or whether he will ever read this book. I can only hope that, if he does, he will start taking a little more interest in Sunil Gavaskar.” Gavaskar has scored a total 10,122 runs in Test cricket and 3092 runs in One-Day Internationals. He was the first batsman to score 10,000 Test runs.