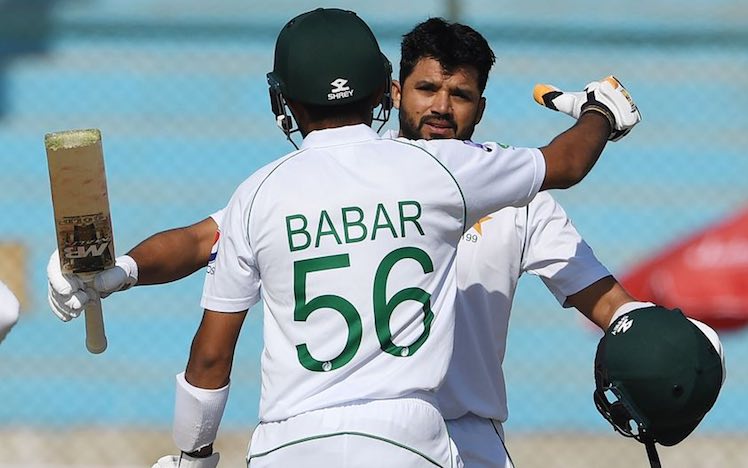 The Pakistan quartet of Shan Masood, Abid Ali, Azhar Ali and Babar Azam has made striking gains in the latest ICC Test Player Rankings after figuring in only the second instance of the top four batsmen of a side making centuries in the same Test innings. Babar has attained a career-best sixth position after his unbeaten 100 against Sri Lanka in the Karachi Test, which Pakistan won by 263 runs to clinch the two-match series 1-0, while Abid’s second successive century has pushed him up to 62nd position after only two Tests. Also Read: Get A Packet Of Milk In Exchange For Plastic Waste

Abid’s 473 rating points are the second best by a Pakistan batsman after two Tests, only below Umar Akmal’s tally of 499. The all-time high for a batsman after two Tests is 506 rating points in the name of late Australia opener Phil Hughes. If Abid top-scored with 174, his partner Shan too struck a fine 135 in a 278-run opening stand, moving from 52nd to a career-best 40th position. Captain Azhar’s 118 has helped him gain three places and reach 26th in the latest rankings update. Another Pakistan player to progress in the batting rankings is Asad Shafiq (up two places to 20th) while new-ball bowlers Mohammad Abbas (up three places to 15th) and Shaheen Afridi (up eight places to 39th) have also advanced after finishing with five and six wickets, respectively. Sri Lanka opener Oshada Fernando’s fighting century in the second innings has lifted him 17 places to a career-best 52nd place while Niroshan Dickwella (up two places to 31st) and Dinesh Chandimal (up one place to 33rd) have advanced after scoring a half-century each. Among bowlers, Lahiru Kumara has moved from 36th to 32nd and Kasun Rajitha from 50th to 49th. ICC
TAGS Cricket Babar Azam ICC Rankings