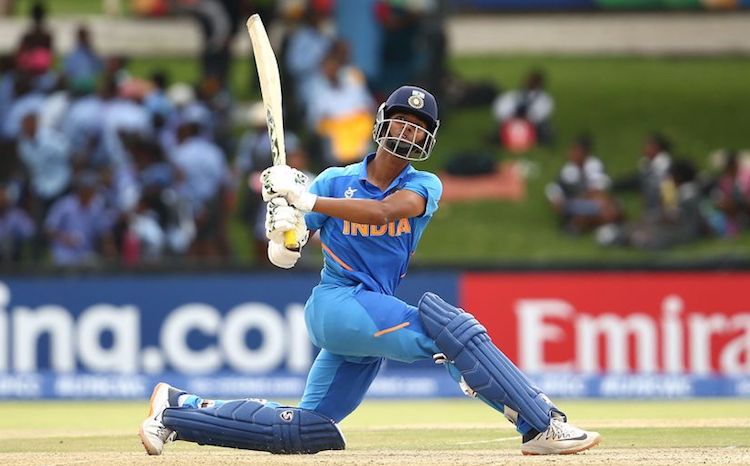 India romped into a third successive ICC U19 Cricket World Cup final with a thumping ten-wicket win over rivals Pakistan in Potchefstroom. The old adversaries met at the semi-final stage in 2018 – when Pakistan were hustled out for 69 – and this was an equally emphatic victory for India with a remarkable opening partnership. Also Read: Cold Shoulder To Siachen Soldiers

India captain Yashasvi Jaiswal struck an outstanding 105 off 113 balls and shared in a stand of 176 with Divyaansh Saxena (59 off 99 balls) as they cruised to their 173-run target with 88 balls to spare. It was Jaiswal’s maiden century of the competition that took him top of the run-scoring charts, while his partnership with Saxena smashed the previous semi-final best of 152. “It is a dream come true for me and I’m very happy to have done it for my country,” said Jaiswal. Divyaansh Saxena of India celebrates his half century during the ICC U19 Cricket World Cup Super League Semi-Final match between India and Pakistan at JB Marks Oval on February 04, 2020 in Potchefstroom, South Africa. “Words cannot fully describe how I feel. It’s amazing and I will never forget the moment in my life that I scored a century against Pakistan in a World Cup semi-final.” The five-time champions came to South Africa highly fancied to defend their title and further justified that tag with an emphatic Super League semi-final success.  After winning the toss and batting, Pakistan slipped to 34 for two before Rohail Nazir (62 off 102 balls) and Haider Ali (56 off 77 balls) rebuilt nicely with a stand worth 62. But it went horribly wrong from there as Sushant Mishra (3-28) struck three times amidst tight bowling from the other end that destroyed the rest of the Pakistani line-up in 43.1 overs. It was then over to Jaiswal and Saxena – the pair dominant on their way to gunning down the target in 35.2 overs. Now Paras Mhambrey’s men will take on the winner of Thursday’s semi-final clash between New Zealand and Bangladesh in the final for the right to be crowned U19 world champions once again. Brief Scores
TAGS Indian Cricket Team Cricket ICC U19 Cricket World Cup 2020

By GoNews Desk 6 minutes ago