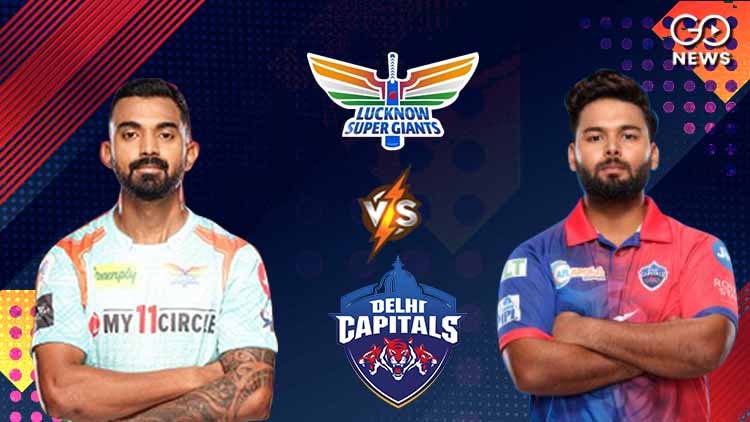 The Lucknow Super Giants (LSG) won their third game in a row in the TATA Indian Premier League (IPL) 2022 on Thursday at the DY Patil Stadium in Navi Mumbai, defeating the Delhi Capitals (DC) by 6 wickets. Quinton de Kock's superb 80(52) at the top guided Lucknow Super Giants to a successful chase in the last over before the LSG bowling attack limited Delhi Capitals to 149/3 in the first innings. In pursuit of 150 runs, KL Rahul and Quinton de Kock of the Lucknow Super Giants took their time getting going until de Kock smashed three fours in a row and a six against Anrich Nortje in the fifth over, resulting in 19 runs.
Also Read:
'5% vs 50%' : How Do Fuel Prices In India vs West Stack Up?

At the finish of the powerplay, LSG scored 48/0. In the eighth over, Rahul struck his first maximum of the innings, taking the partnership to 50 runs for the first wicket. LSG were 74/1 at the midpoint when Rahul was knocked in the 10th over after being caught at long-off by Shaw. De Kock hit a four to bring up his half-century, and LSG needed 64 from 8 overs. In the 13th over, Lalit Yadav dismissed Evin Lewis for 5, giving DC their second wicket. De Kock, on the other hand, continued to play aggressive shots as LSG needed 39 runs off the final five overs. De Kock hit successive fours against Kuldeep Yadav, but the left-arm spinner recovered to knock the LSG opener in the 16th over for 80. In the following two overs, just 9 runs were surrendered as LSG needed 19 runs off 12 deliveries. Krunal Pandya smashed a six straight down the ground against Mustafizur Rahman in the last over, scoring 14 runs. Deepak Hooda was out on the first ball of the last over, but Ayush Badoni kept his cool and ended the chase with four and six. Earlier in the day, DC made three changes to their lineup: David Warner, Anrich Nortje, and Sarfaraz Khan were selected in the eleven. David Warner and Prithvi Shaw got DC off to a good start with the bat. Shaw hit his first six in the third over, followed by three fours in a row in the fourth over against Avesh Khan. The opening pair had reached their fifty partnership, and DC were 52/0 after six overs. Prithvi Shaw hit a four and a six to bring up his half-century. LSG, on the other hand, fought back by taking two wickets in two overs to send DC's openers back to the box. Gowtham and Bishnoi each took a wicket. DC were 73/2 at the end of 10 overs when Bishnoi took his second wicket, Rovman Powell, who was dismissed for 5. Rishabh Pant was joined in the middle by Sarfaraz Khan, and the pair batted well to move DC to 99/3 at the conclusion of 15 overs. Pant shifted the momentum in the 16th over by smashing two sixes and a four. In the next over, Sarfaraz Khan followed the DC captain and smashed successive fours against Avesh Khan. As DC reached 149/3 in the first innings, excellent bowling attack from Jason Holder and Avesh Khan ensured just 19 runs were surrendered in the final three overs. Brief Scores: LSG vs DC Lucknow Super Giants: 155/4 (Quinton de Kock 80, KL Rahul 24; Kuldeep Yadav 2/31)  Delhi Capitals: 149/3 (Prithvi Shaw 61, Rishabh Pant 39*; Ravi Bishnoi 2/22)