Roy, Bairstow On Brink Of Top 10 Going Into ODI Series Against Ireland 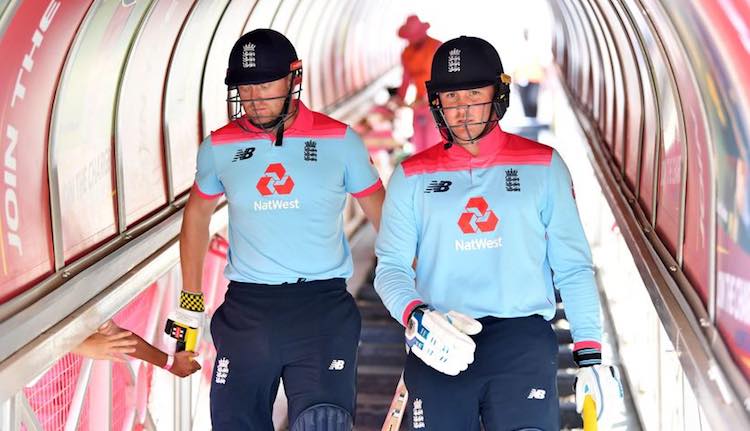 England’s Jason Roy and Jonny Bairstow will be in the focus from the rankings perspective as the reigning World Cup champions kick off the ICC Men’s Cricket World Cup Super League with their three-match home series against Ireland on Thursday. Opener Roy and wicketkeeper-batsman Bairstow, who are currently ranked 11th and 14th, respectively, in the ICC Men’s ODI Player Rankings, could work their way back into the top 10, having both enjoyed personal best rankings of ninth position in the past. Roy was in ninth place in July last year and Bairstow in October 2018.
Also Read:
Global Air Passenger Traffic Won't Return to Pre-Covid Levels Until 2024: IATA

World Cup-winning captain Eoin Morgan, who is the third best-ranked batsman from his side in 23rd position, will be leading against a side for whom he scored 99 on ODI debut against Scotland 14 years ago. With none of the England players featuring in their Test series against the West Indies named for the ODIs, England will be missing their premier fast bowlers and will be led by spin twins Adil Rashid (29th) and vice-captain Moeen Ali (44th).  For Ireland, skipper Andy Balbirnie, who took over from long-time skipper William Porterfield last November and has only led in a three-ODI series in the Caribbean in January, is ranked 46th among batsmen. Paul Stirling remains their top-ranked batsman in 27th position, having held a career-high position of seventh in 2013. Off-spinner Andy McBrine (31st) and paceman Boyd Rankin (joint-40th) are their leading bowlers according to the rankings. ICC Press Release