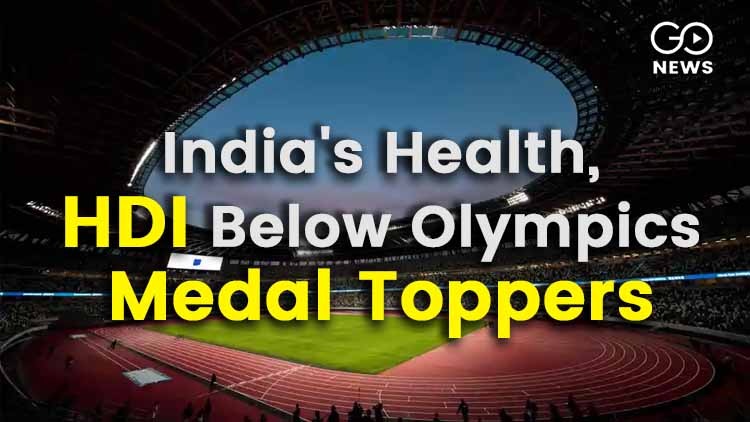 Neeraj Chopra’s Javelin throw Gold topped off India’s Tokyo Olympics journey with much celebration. It is the country’s first Gold medal in 13 years. India has a tally of 7 medals in all, with 48th rank in the medals table. What can India do to leverage its full sports potential and be among the world’s top sports contenders? An overview of sports situation until this Olympic year 2021:
Also Read:
India’s Fortune 500 Companies Slip In Rankings in a Decade

The above examples show that the gaps in India’s sports infrastructure. Healthcare access and other parameters showing quality of life are also important to improve sports performance. Only a healthy and upwardly mobile population can provide the talent pool for Indian Olympians. Sources: WHO World Health Statistics 2021, 2020 UN Human Development Report India’s heath scenario is poor compared to its GDP. It severely lags behind on important health parameters as against top countries in the Tokyo Olympics. Other facts such as high rate of anaemia (53% of women between 15-49 yrs.) and sexual/domestic violence (35%) show that women have limited access to health and security guarantees which incubates top performers over the long term. 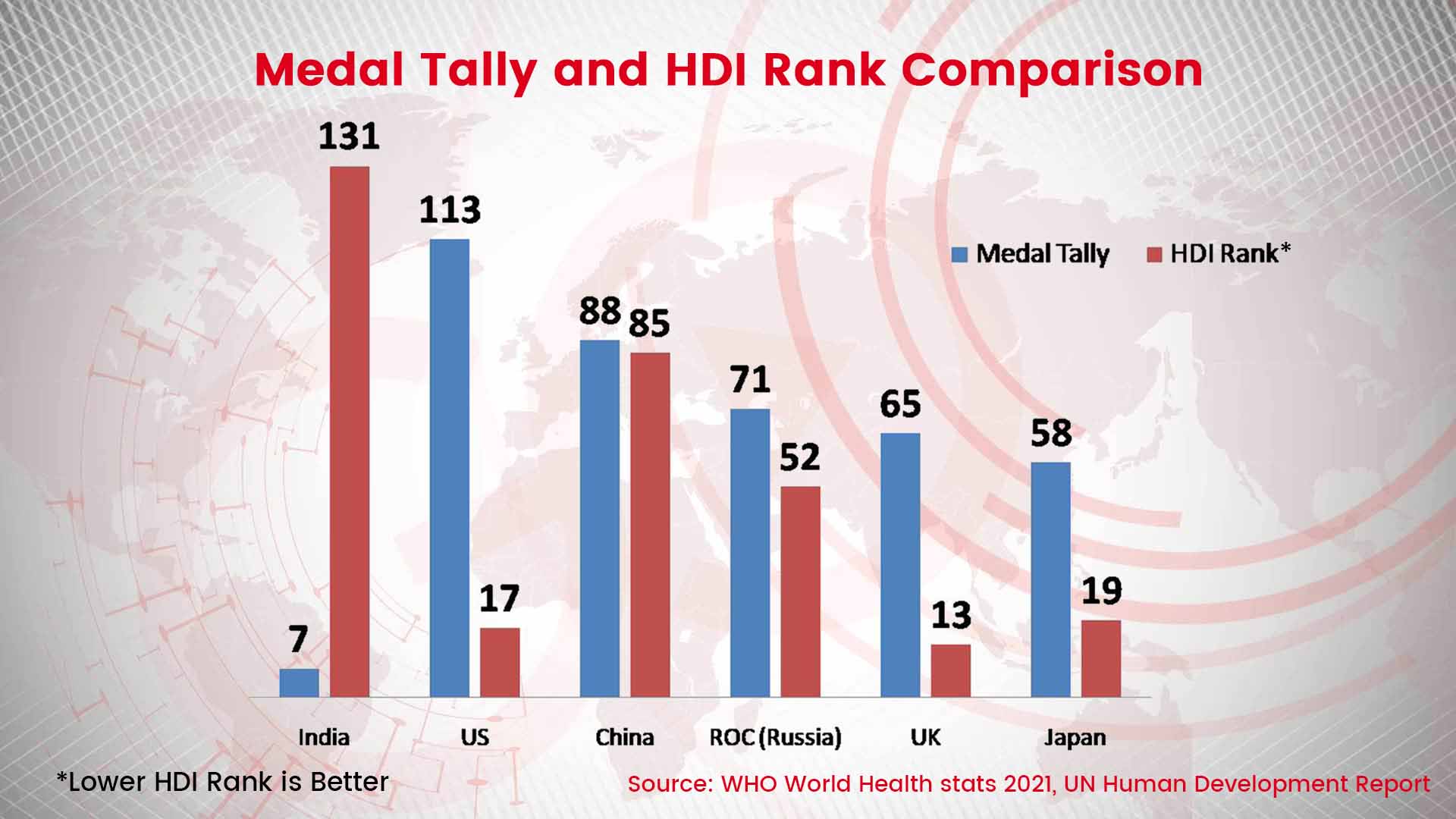 India also needs to invest in sports in a targeted manner. In 2016 the UK spent $20 million to $40 million on gymnastics, track and field, and cycling among a total of 274.46 million, or $376 million for Rio. Similarly, Japan and the USA also spent in the range of $12-14 million for swimming and track and field for Rio 2016. The central government slashed the allocation for sports by 8.16% or 230.78 cr. in the 2020-21 Budget, an Olympic year. Khelo India’s budget jumped from 97.52 cr. to 890.42 cr. From 2015-20. In the same period, the budget for SAI went from 407.96 cr. to 500 cr. but the allocation to National Sports Federations reduced from 350 cr. to 245 cr.  Over 5 years of “preparation” for the Olympics, India has managed to increase its medal tally by only four. It has taken 13 years to win a Gold medal since Abhinav Bindra in 2008. India definitely has the youth and the economic might to excel. It must be supported by an administrative revamp of sports, creating social and financial incentives for a sports career, and increasing the healthcare and overall quality of life.