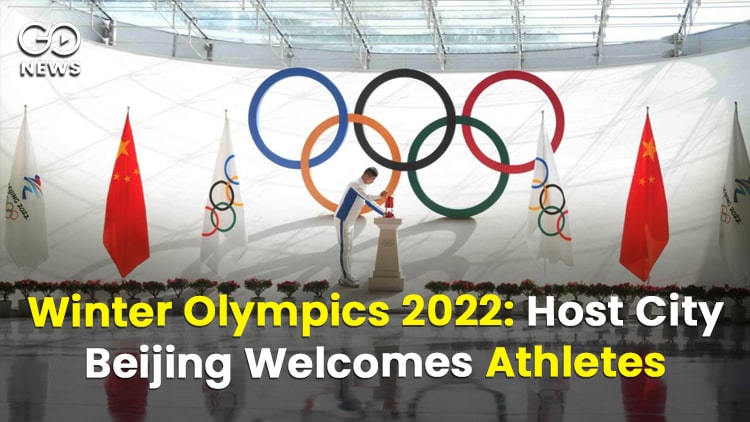 Only six months after the Tokyo Olympics ended, the Beijing Winter Olympics will begin from upcoming Friday. This year's tournament will be held in China, with Beijing as the host city greeting athletes. The event, which takes place every four years, takes place in nations with extremely cold temperatures and steady natural ice and snow levels.
Also Read:
Major Cutbacks in Farm Subsidies in Budget After Farm Law Showdown with Farmers

The Winter Olympics begin on February 4th and will continue through February 20th. The 2022 Winter Olympics will feature a total of 109 events spread across 15 disciplines in seven sports, with over 2600 competitors expected to compete. The following are some of the sports and disciplines on the list- Biathlon, Bobsledding - Bobsleigh, Skeleton, Curling, Ice hockey, Luge, Skating - Figure skating, Short track speed skating, Speed skating, Skiing - Alpine skiing, Cross-country skiing, Freestyle skiing, Nordic combined, Ski jumping, Snowboarding. The only Indian who has qualified for the Winter Olympics is Arif Khan. Last month, he became the first Indian to qualify for both the alpine skiing slalom and the giant slalom events at the Winter Olympics. Beijing was considered a long shot for 2022 until six European countries, including favourites Norway and Sweden, backed out due to financial or political considerations. Refusals were made in Germany and Switzerland. China has reported 119 cases of COVID-19 among athletes and personnel associated with the Beijing Winter Olympics in the last four days, with officials enforcing a "closed loop" bubble to keep competitors, staff, and media from the general population. Mohammad Abbas Wani, the manager of India's Winter Olympics delegation, tested positive for COVID-19 upon arrival at Beijing Airport. Narinder Batra, president of the Indian Olympic Association (IOA), announced Abbas Wani's positive COVID result and stated that chef de mission Harjinder is liaising with the Winter Olympics organisers for a re-test. In terms of broadcasting, Sony has the broadcasting rights in India. The Winter Olympics website will provide online updates.