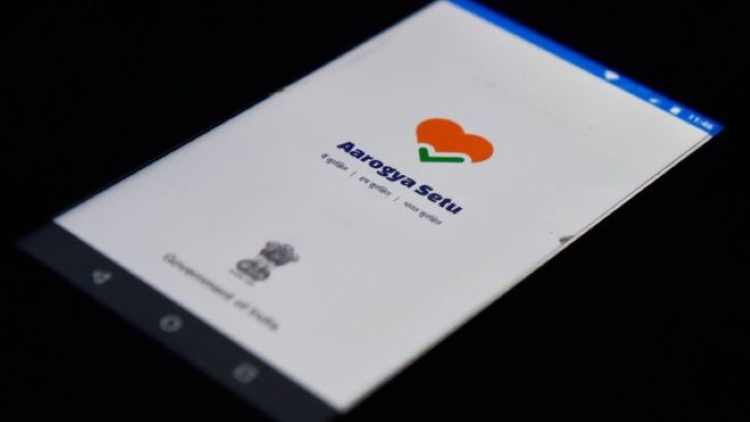 In a shocking development, the National Informatics Centre, the nodal agency behind the creation of India’s coronavirus tracking app, Aarogya Setu, said in an RTI reply that it doesn’t have any clue on who exactly created the app or where the users’ data is being stored.  The revelation comes after the Central Information Commission (CIC) on Tuesday issued show-cause notices to Central Public Information Officers (CPIOs) at the National Informatics Centre (NIC), the National E-governance Division (NeGD), and the Ministry of Electronics & Informational Technology (MeitY) for providing an “evasive reply” to an RTI application filed by Saurav Das.
Also Read:
India-US Bilateral Trade Grew 173% Over The Last Decade

Das in his complaint to CIC said the developer of the COVID-19 tracking app, NIC, replying to his RTI application said that it “does not hold the information” pertaining to the process of creation of the app and other information relating to its making.  “Government of India’s app to connect health services with the people of India to fight COVID-19,” reads the about section of the app on the Android Play Store and still has NIC as its address under the developer’s contact column. Launched on April 2, in wake of the coronavirus pandemic, Aarogya Setu has been downloaded by over 16 crore Indians and is mandatory in government offices, several private buildings to take an entry. The app exchanges Bluetooth signals between smartphones to detect other users of the app who are in close proximity and flag an alert in case a COVID-19 carrier is nearby. The central government had vehemently defended the app’s privacy features during the initial launch, but the surprising U-turn of authorities over who created the app casts doubt over the handling of sensitive data of over 16 crore Indians and counting. Many users have alleged that hours after they downloaded the app, they received calls from local pathology labs offering them discounted rates on health check-ups.