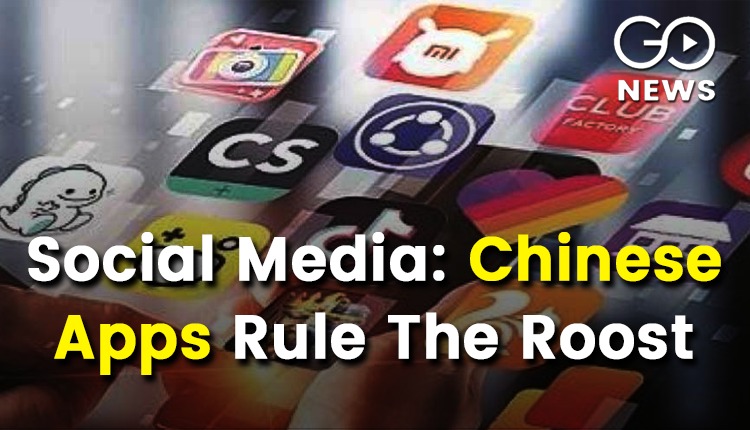 The number of social media users are increasing by the lakhs with every passing year. Online Publishers Visual Capitalist has stated in a report that an average internet users spends around 2.5 on various apps, although India and other countries are now trying to tighten rules around foreign-owned social media platforms.

Visual Capitalist prepared a list of the most popular apps among users, based on data from companies like Statista and Business of Apps. It shows that at present, American and Chinese apps are dominating the digital space. The domestic companies of both these countries have many apps which have a user base larger than the population of entire countries.

American social media app Facebo, owned by Meta, is the most preferred app across the world, with 2.9 billion users. It parent company also owns Instagram, Messenger with 1.3 billion users each and WhatsApp with 2.3 billion users. Combined, meta has a user base of 7.5 billion across all its proprietary platforms.

American video streaming app YouTube also has 2.3 billion users which makes it the most popular in its niche, i.e., as a video platform. According to Statista, there are 30,000 uploads to the site every hour. Apart from these, platforms such as Snapchat, Twitter, and Pinterest also have a user base numbering in the millions.

After the first social media sit 6 Degrees came out, there was a long period of American dominance in the social media digital space, but that is now being challenged by China. Chinese company Bytedance-owned TikTok quickly became popular among users. Despite a ban by India, it still has 1 billion users along with video sharing platform Kuaishou. China’s main messaging app, WeChat, also has 1.2 billion users.

Telegram is also rising as a highly-demanded messaging service, competing with WhatsApp with 600 million users. With such a clamour for grabbing a piece of the digital space, it will be interesting to see how long ‘Meta’ can maintain its top spot as “Social King”.

Many Chinese apps are being used abroad but China itself has cracked down on Western apps. American company Microsoft announced that its platform LinkedIn will no longer operate in China, citing operational problems in the country. The professional platform has more than 300 million (30 crore) users.

China had started censoring online content from the end of the 1990’s itself and you will find that a majority of apps banned there are American. For example, messaging apps like Facebook Messenger, WhatsApp, social media platforms such as Facebook, Instagram, and video platform YouTube cannot be accessed or used from China.