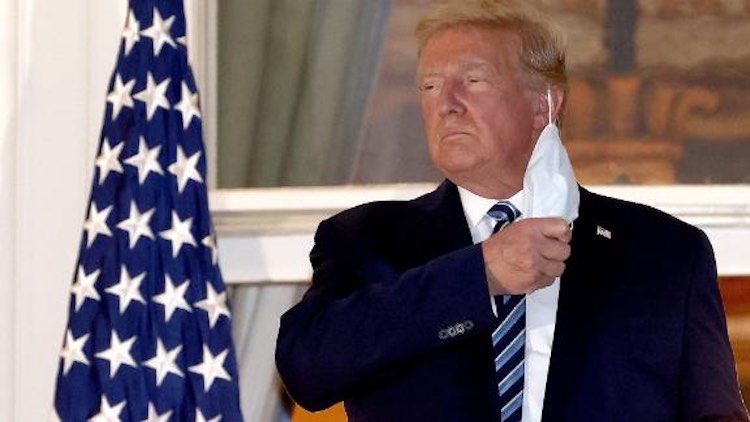 Facebook has removed a post in which President Trump claimed COVID-19 was “less lethal” than the flu, while Twitter has hidden the same post behind a warning label. President Trump has returned to the White House after three days of hospital treatment for COVID-19.
Also Read:
Power Outage In 21 UP Districts, Including Minister’s House As Workers Strike Against Pr

He wrote that the US had “learned to live with” the flu season, “just like we are learning to live with Covid, in most of populations far less lethal!!!” Facebook’s policy communications manager Andy Stone issued a statement saying that “we remove incorrect information about the severity of the Covid-19, and have now removed this post”. After the post was deleted, President Donald Trump reacted by posting: "REPEAL SECTION 230!!!" Trump was referring to a law that says that social networks are not responsible for content posted by their users but allows companies to engage in “good-Samaritan blocking” of content that they find derogatory, offensive or violent. Trump had also posted the same post on Twitter, which the company hid behind a warning that it can be “misleading and potentially harmful information”. However, this is the second time Facebook has deleted a post from President Donald Trump. Whereas, Twitter has taken several actions like deleting and issuing warnings. The Republicans say that unilateral censorship is being imposed against conservative views online and they want this to stop. The Democrats say that they are more interested in the spread of misinformation.