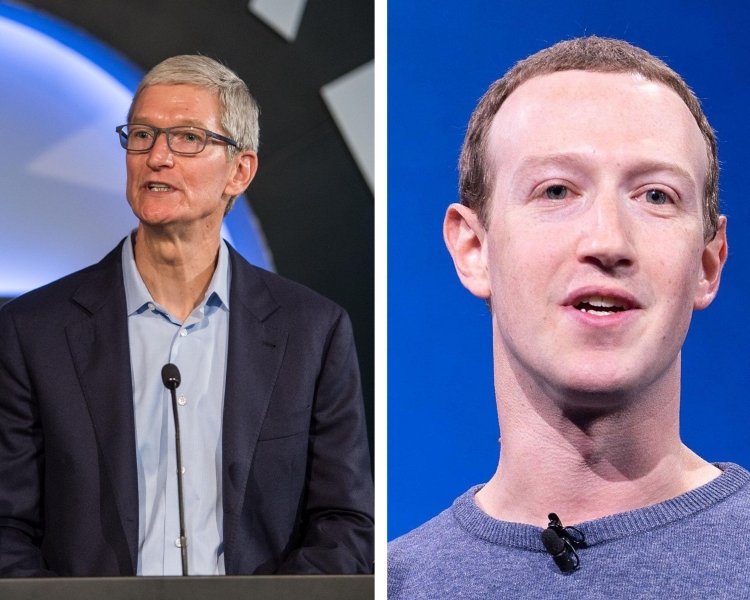 World’s largest social media platform, Facebook, on Wednesday warned that Apple’s latest iOS 14 update, which includes not collecting the identifier for advertisers (IDFA), will be a significant blow to its Audience Network advertising business, cutting its revenue on iOS by up to 50%. Apple’s iOS 14 update, rumoured to be released in September, will significantly limit advertisers from directly targeting the users running their devices on iOS 14.
Also Read:
Not A Single Rs 2000 Note Printed In 2019-20, Sharp Rise In Fake Currency Seizures: RBI

The latest iOS update from Apple with ‘privacy first’ agenda in mind will ask users’ consent to opt-in to IDFA tracking — the only way advertisers can target Apple users — with a pop-up notification every time an app is opened for the first time. (iOS 14) IDFA is a unique device ID number for iOS users while for Android users this unique number is known as Android Advertising ID (AAID). IDFA, AAID is used by mobile software developers to provide in-app advertisements targeted to users based on data provided by Facebook. Facebook said that Apple’s latest update may even make its Audience Network obsolete on iOS 14 that it “may not make sense to offer it on iOS 14 in the future.” Though, the catch here is, this won’t mean iOS users will altogether stop seeing ads once they refuse to give their consent for IDFA tracking. Users will definitely see ads but they won’t be as precise and relevant as before.  After the update, it’s highly unlikely that an iOS user will give his consent to get tracked by advertisers. So, advertisers might move to SKAdNetwork — an alternate privacy-focused advertising API developed within Apple. This could be one of the possible short term solutions to track iOS 14 users, though the data collected is not unique but aggregated.