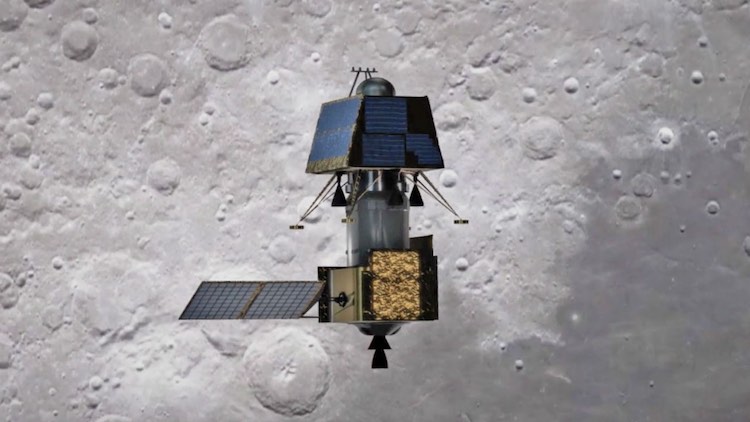 US Space Agency NASA has credited Chennai-based engineer Shanmuga Subramanian for locating the debris of Chandrayaan-2 Vikram lander. Announcing the discovery that its satellite has found the debris of India's Moon rover which crashed on the lunar surface in September, NASA tweeted a mosaic image showing the impact site of the lander.

The #Chandrayaan2 Vikram lander has been found by our @NASAMoon mission, the Lunar Reconnaissance Orbiter. See the first mosaic of the impact site https://t.co/GA3JspCNuh pic.twitter.com/jaW5a63sAf

"Its debris was first discovered by Shanmug about 750m north-west of the crash site and this was its only clear picture," NASA said in a statement. “Shanmuga Subramanian contacted the LRO project with a positive identification of debris. After receiving this tip, the LROC [LRO Camera] team confirmed the identification by comparing before and after images,” the statement said.

In late September, pictures from a Nasa spacecraft had showed the targeted landing site of the Vikram rover, inviting the public to search it for signs of the lander. On September 7, the landing craft fell silent just three minutes before it was due to touch down on the lunar surface, and after a promising journey that took off from earth on July 22.

“Hope it inspires people without degrees and those who didn’t attend fancy institutions” says #ShanmugaSubramanian, an amateur #astronomer from #Chennai who has discovered debris of #Chandrayaan2's #VikramLander on surface of the #moon pic.twitter.com/VgexZjRszf