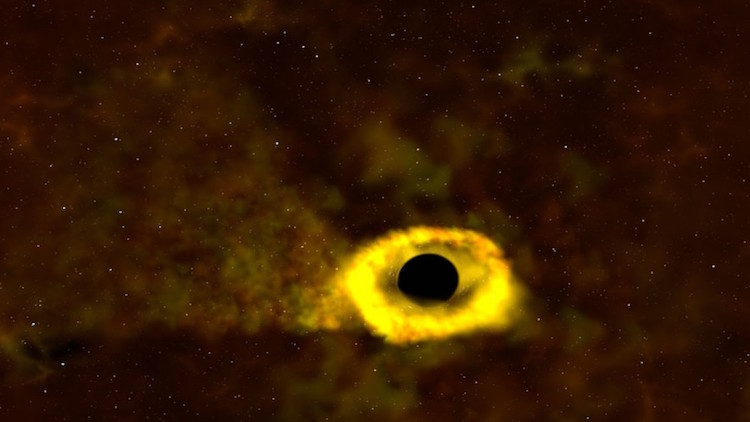 Nothing demonstrates the incredible might of black holes like ripping apart a star roughly the size of our sun in a distant galaxy. NASA’s sky-scanning TESS, or Transiting Exoplanet Survey Satellite caught a rare cosmic event of a star violently ripped apart by a supermassive black hole, playing out at the heart of a galaxy 375 million light-years away.
Also Read:
Rabri Devi And Misa Bharti Tortured Me, Says Tej Pratap Yadav's Wife Aishwarya

The star, roughly the same size as our sun, was eventually sucked into oblivion in a rare cosmic occurrence that astronomers call a tidal disruption event. In a new paper published in The Astrophysical Journal, scientists explain how they first detected the destructive event using a network of telescopes called the All-Sky Automated Survey for Supernovae, or ASAS-SN. Astronomers used an international network of telescopes to detect the phenomenon before turning to TESS, whose permanent viewing zones designed to hunt distant planets caught the beginning of the violent event, proving effective its unique method of surveilling the cosmos. “This was really a combination of both being good and being lucky, and sometimes that’s what you need to push the science forward,” said astronomer Thomas Holoien of the Carnegie Institution for Science, who led the research published in the Astrophysical Journal. The star, drawn in close to the black hole by gravity, got close enough that the intense pull actually tore the star apart, flinging material into space and creating a disk of fiery debris that surrounds the black hole. This was the first such event observed by TESS, but scientists hope it won’t be the last.