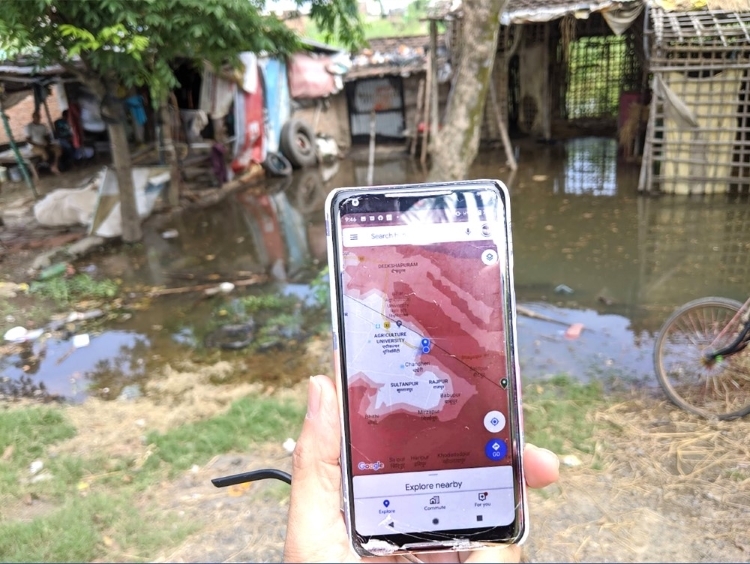 India lost a whopping Rs 11,400 crore in the last three years due to floods caused by heavy rains, according to the data provided by the Ministry of Home Affairs. The country suffers more than 20% of the global flood-related deaths each year while overflowing rivers destroyed standing crops on about 64 lakh hectares of land during the 2019 monsoon season. Two years back, Google voluntarily offered to help.  In 2018, the tech giant sent the first flood alert from Bihar’s Patna — one of the most deluge-prone areas in the country — to keep users updated with real-time flood forecasting information in the affected region.
Also Read:
Opposition Corners Centre Over No Question Hour During Monsoon Session Of Parliament

 (Coverage areas of Google's current operational flood forecasting systems. In these areas it uses models to help government alerts reach the right people. In some areas it has also increased lead time and spatial accuracy) Google’s AI model analyses past flood data gathered from across the world to make accurate forecasts for any river basin. For the project, the California-based company has collaborated with India’s Central Water Commission, Israel Institute of Technology, and Bar-Ilan University.  The company on Tuesday announced that its Flood Forecasting Initiative now covers all of India, a feat it achieved in June.  In India, Google says its AI-powered technology can now protect more than 200 million people across more than 250,000 square kilometers, more than 20 times the company's coverage in 2019. It has sent out around 30 million notifications to people in flood-affected areas. (Image credit - Google) “One survey we conducted found that 65 percent of people who receive flood warnings before the flooding begins take action to protect themselves or their assets (such as evacuating or moving their belongings)…. We’re providing people with information about flood depth: when and how much flood waters are likely to rise. And in areas where we can produce depth maps throughout the floodplain, we’re sharing information about depth in the user’s village or area.,” wrote Yossi Matias, VP of Engineering and Crisis Response Lead at Google. This year, apart from collaborating with Yale, Google said it has overhauled the way its alerts look and function to make sure they’re useful and accessible for everyone. It now provides alerts in Hindi, Bengali, and seven other local languages, along with providing more localised and accurate alerts. It has also rolled out a new forecasting model that allows doubling the lead time of its alerts, providing more time to govts and citizens to prepare. Moving further, Matias said that its charitable arm Google.org is collaborating with the International Federation of Red Cross and Red Crescent Societies in a bid to build local networks to deliver alerts to people who otherwise wouldn’t receive smartphone alerts directly. “There’s much more work ahead to strengthen the systems that so many vulnerable people rely on — and expand them to reach more people in flood-affected areas. Along with our partners around the world, we will continue developing, maintaining and improving technologies and digital tools to help protect communities and save lives,” concluded Matias.