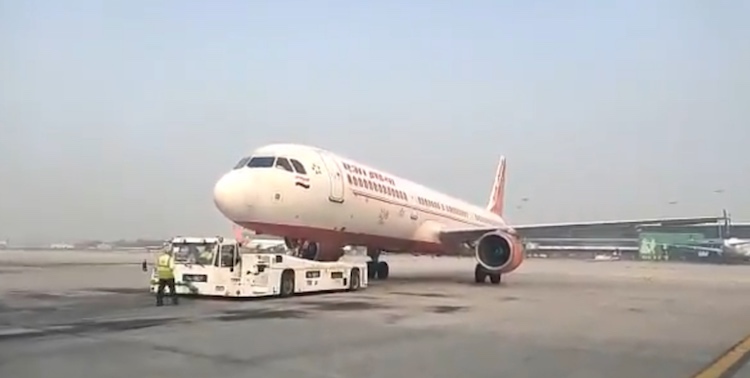 Air India on Tuesday became the first airline in the world to operate an Airbus A320 aircraft, with passengers onboard, using a Taxibot. The airline’s CMD Ashwani Lohani flagged off AI665 DEL- BOM at Delhi IGI airports’s T3.  The usage of Taxibots will boost a greener aviation ecosystem.

The Taxibot is  a pilot-controlled semi-robotic aircraft tractor. It saves on huge amounts of fuel which aircraft use while taxiing to runways. The tractor was developed by Israel Aerospace Industries, in partnership with a French firm. The achievement comes on the 87th Anniversary of Air India's first flight flown by founder JRD Tata in 1932 from Karachi to Mumbai Via Ahmedabad. The Taxiboting Concept: Pushback operation and procedures performed by the Taxibot driver Immediate taxiing after pushback eliminating bottlenecks in the gate area Taxiing with engines stopped. Engines start shortly before take-off with respect to required warm-up time Pilot is in control at all times (after Pushback) using airplane tiller and brake pedals (transparent to pilot as in regular taxiing) Taxiing at 23 knots, same as current airplane taxi speed