Cheap traveling cost, time-saving travel, clean metro stations and trains, social-distancing norms in places, and security for females are some of the best features this new lifeline offers the residents of Lucknow 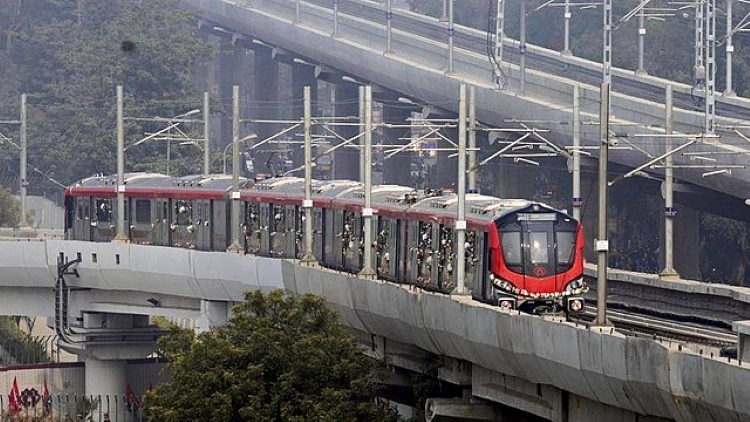 In today’s age and time, when our lives are so fast-paced, the different modes of communication and transportation make our lives easier, places more accessible, and travel affordable.

The city of Nawabs has an affluent and Nawabi style of living. The inception of Metro in the city has bettered the lives of lower-income groups and the well off section of our society alike.

Be it, school students, college students, or the office-going population, everyone acknowledges the importance of the metro.

Cheap traveling cost, time-saving travel, clean metro stations and trains, social-distancing norms in places, and security for females are some of the best features this new lifeline offers the residents of Lucknow.

People from different walks of life, in unison, had one thing to say- “It’s a really good initiative and they are happy with the Government for taking up the construction of the metro in the city”. This also encourages the Uttar Pradesh Metro Rail Corporation(UPMRC) to complete the metro construction in cities like- Agra, Noida, Kanpur, etc.

Since Lucknow Metro is comparatively new, there are scores of places that still need to get connected with the metro like — Aminabad and Gomti Nagar, as these are residential areas and make travel easier for the population residing there.

Keeping in mind that connectivity to these stations is also an area where certain steps need to be taken. More auto or e-rickshaws, or intra-state buses should be deployed so that stations are accessible for the population that doesn’t own vehicles and has to use public transport for the same.

The social distancing norms that are a key part of our lives now — given the times we live in — are followed pretty well.

“Don’t be careless until there is a cure” are the one-liners in trains and stations to spread awareness among passengers.

Although, certain stations had no temperature-checking devices. The PAC (Pradeshik Armed Constabulary), a unit of the Uttar Pradesh Police, were recruited for maintaining peace and ensuring safety for travellers.

During an interview with one of the regular travellers of the metro, the lady emphasised how her daily travel to college with the advent of the metro has become affordable, accessible, and easy.

With several months of uncertainty left behind us, people are moving back to normal with a brush of newness added to it.

Various modes of travel including the likes of the metro make it possible for people to believe that nothing is going to stop and we are moving ahead.