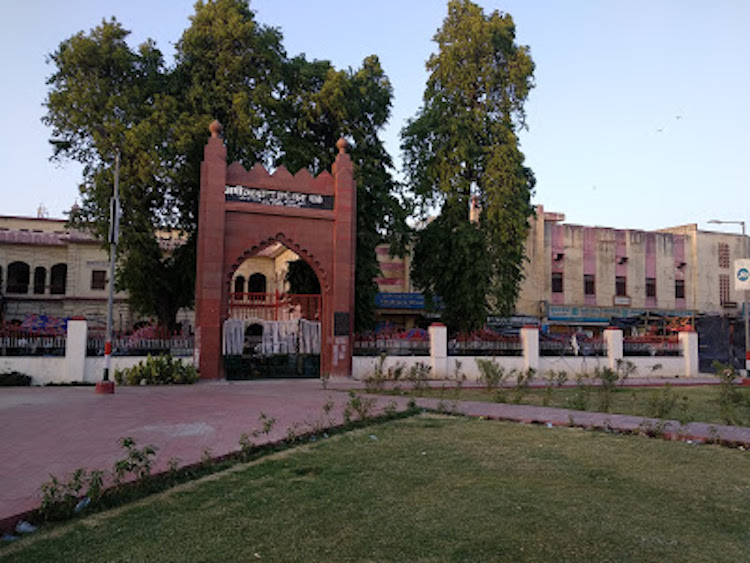 Time and time again our heritage reminds us of the greatness this soil encapsulates within itself. From the ancient to the modern and postmodern era, there have not just been warriors both male and female, but places that have stood the test of time and reflected our past in the truest sense.

The Ameerudduala Jhandewala Park, situated in the city of Lucknow is a living testimony of the events that have led our great country to Independence. Protests under the Quit India Movement, Simon Commission, celebrations of the first Independence Day under the British Rule on 26th January 1930; the Golden Jubilee of the Indian National Congress was also celebrated here, and none other than Mahatma Gandhi addressed the gathering in this park. In 1941, Shrimati Shivrajwati Nehru also conducted a committee and hoisted the flag here as a part of her strike in Maha Vidyalaya.

In April 1930, a public meeting in order to break the ‘salt law’ was also held in this park. Inauguration of a khadi exhibition in the park by Netaji Subash Chandra Bose, processions under the leadership of Baba Khijar where slogans shouting ‘Tatya Tope Zindabad’, ‘Maulavi Ahmad Ullah Shah Zindabad’ are all some of the most magnificent incidents in the history of India, entrapped in the rich legacy of this park.

The park came into being, as a mosque built by Rani Jai Kunwar Pandey for her friend, Khadija Khanam, Begum of the first Nawab of Oudh, Saadat Khan Burhan-ul-Mulk. In front of the mosque was also a ‘Maqbara’, built for the Begum.

During the British era, this park became a prominent place with roads adorning its periphery. In 1928, the tricolour was first hoisted at this park and thus was renamed as Ameerudduala Jhandewala Park.

A series of poignant incidents have unfurled in this park during the great struggle for freedom. In 1935, when Gandhiji was arrested for violating the ban on meetings and processions, freedom fighter Gulab Singh Lodhi climbed a tree and hoisted the flag, breathing his last when the policemen shot him dead there. Shri Mithai Vishwas, Shri Rameshwar Prasad, Sardar Jogender Singh, Sardar Hardutt Singh, Sardar Ram Singh, Shri Chandra Bhanu Gupt, Sri Parmeshwari Dayal, and Shri Kailashpati Verma were some of the freedom fighters that were arrested, imprisoned, and fined for hoisting the Indian national flag in this park.

The Jhandewala Park has stood the test of time, to tell us the story of its glorious past, of the men who changed the course of history, who sacrificed themselves for the word “freedom” that we now take for granted. However, the same park that held such importance to the people of Lucknow during the freedom struggle now stands aloof in the midst of the busy roads filled with street vendors selling something or the other, just like a kid who is lost from his mother and stands alone amidst the chaos of the world.

The park that not very long ago, was a place that refuelled the minds of people to strive for the right to freedom, now lies bereft of its glory full of people, who are ignorant of its heritage. The park now hosts men that come unaware of the historic importance of the land they step in, busy in their own miserable lives.

The statue of Gulab Singh Lodhi holding the flag in his hand stands magnificently along with the statue of Swami Vivekananda. However, these statues have become a cloth drying stand for ignorant visitors. One can see the park abuzz with kids flying kites and men engaging in frivolous activities unmindful of the rich heritage of the park. Although, few efforts were undertaken to nurture the park — like a new gate for the park was built by the Akhilesh Yadav government. Even though there is some sort of authority like a gardener cum care-taker at given points in the day, it’s not structured at all.

It would not be wrong to say that this park is now like- a file that is under heaps of other files in some police station room, where dust accumulates over its prestigious reputation. And not many noticeable actions are taken to preserve this history we so boldly talk about to the rest of the world.