China's Land Grab Is Not Just In Ladakh, It's In Our Economy Too

China has captured 60 sq km of Indian territory but its land grab goes way beyond Ladakh. GoNews’ Editor-in-Chief Pankaj Pachauri analyses how China has been steadily making 'incursions' over the past few years into India's economy, leaving New Delhi with a massive trade deficit and heavily dependent on Chinese investment and products. A situation which burning effigies and smashing Chinese TVs does little to alleviate. 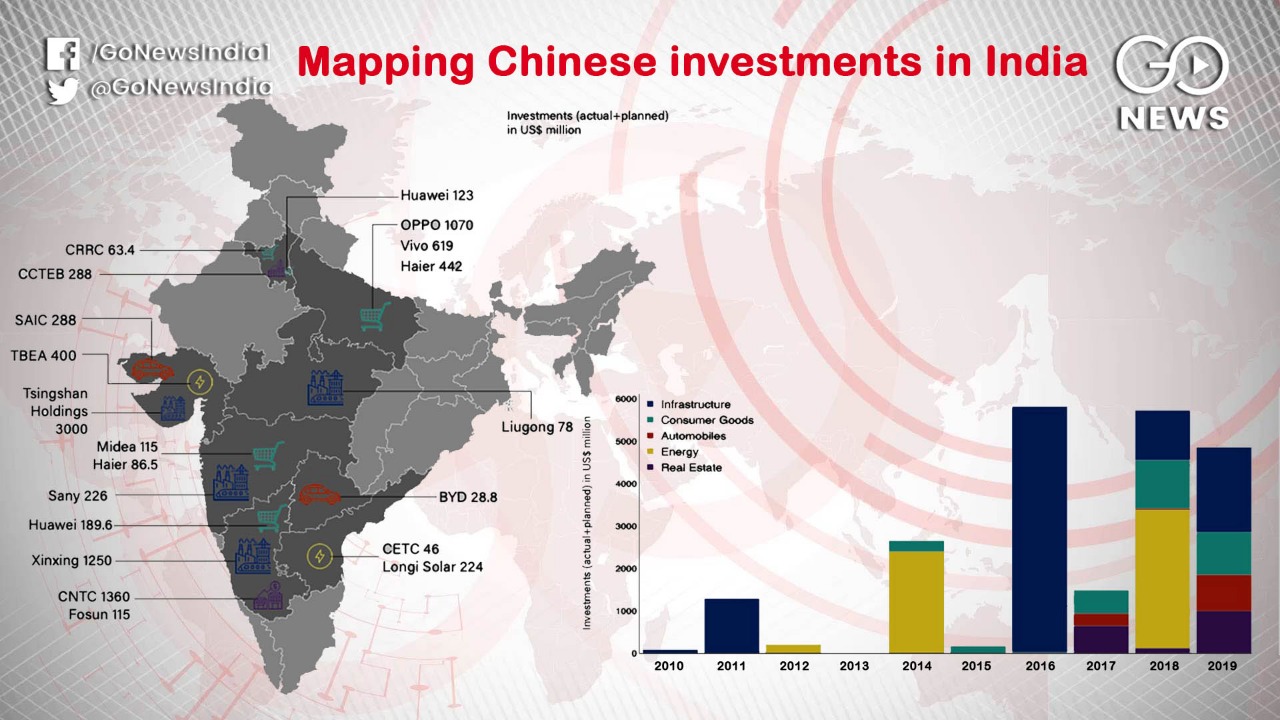 The result of this is that 75 percent of India's power houses are using Chinese appliances. The Modi government started a mission to promote solar energy, in which more than 80 per cent of Chinese companies have investment.

Four of the top five mobile companies in India are from China with an investment of about $ 7.2 billion. These include Oppo, Vivo and Xiaomi.

Centre Imposes Rs 84.48 Crore Penalty On PTI For 'Breaches' At Its Delhi Office