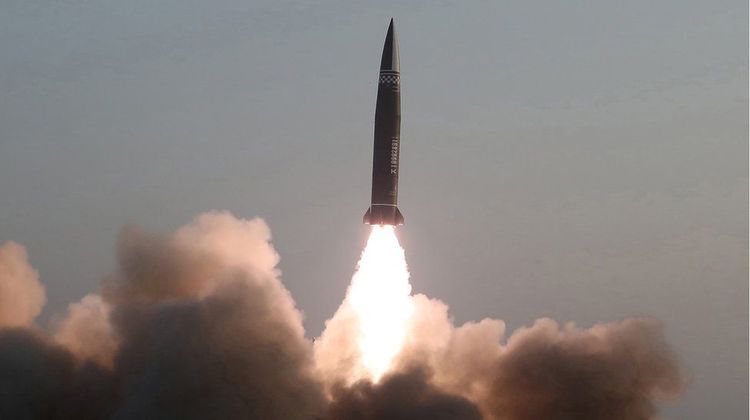 In a development that signifies rising tensions in the region, the Democratic People’s Republic of Korea (DPRK) and South Korea both tested ballistic missiles on the same day even as talks are in progress between China and South Korea regarding the North’s nuclear tests. The United States has been keen to remove the North’s nuclear capabilities, and both Washington and the U.N. have sanctioned the country for not giving up its nuclear programme.

The short-range ballistic missile fired by the DPRK travelled for 800 km at a maximum altitude of 60 km, according to South Korean sources. The North claimed a larger range and damage potential of the missile.The United States, Japan, and South Korea are alleging that North Korea’s missile tests threaten peace and stability in the region, with the U.S. saying that it is an “illicit weapons program”.

The South also launched its underwater ballistic missiles, a first for the country. It was launched from a 3,000-tonne submarine and hit a defined target after travelling a fixed distance.