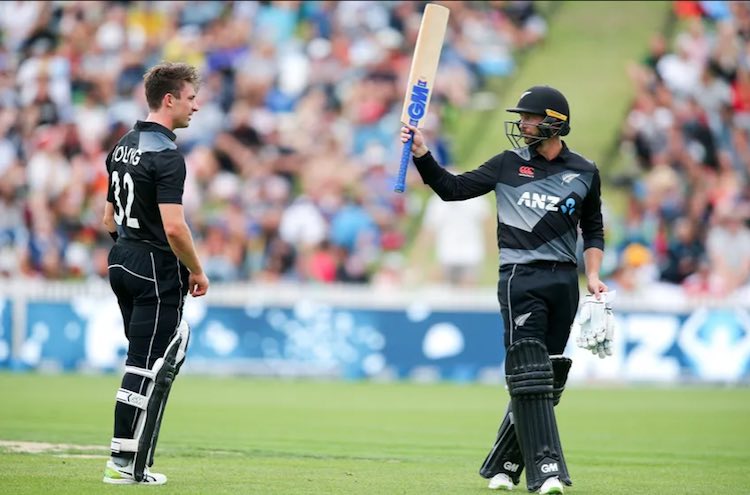 New Zealand batsman Devon Conway has attained a career-best fourth position in the latedt ICC Men’s T20I Player Rankings, thanks to his match-winning knock in the series opener against Bangladesh in Hamilton on Sunday.

The left-hander, who has been keeping wickets in the series, smashed a superb 92 not out off 52 balls as New Zealand posted a massive 210 for three and won that match by 66 runs. He has advanced five positions and finds himself in the top five after only 13 matches, on the back of consistent performances against the West Indies, Pakistan, and Australia since his debut in November 2020.

Glenn Philips, who has unbeaten knocks of 24 and 58 to show and won the player of the match award in the second T20I in Napier as New Zealand took a winning 2-0 lead in the three-match series, has also attained a career-best status. He has moved up 32 places to 26th in the weekly update to the men’s rankings, carried out on Wednesdays.

Fast bowler Tim Southee has advanced two places to seventh, only one shy of his career-best sixth position attained in February this year, after taking three wickets in the first two matches. Lockie Ferguson has moved up 16 places to 42nd in what is another piece of good news for New Zealand, with the ICC Men’s T20 World Cup to be held later this year in India.

For Bangladesh, 21-year-old left-handed opener Mohammad Naim has progressed 13 places to reach 28th position after scoring 27 and 38 while Soumya Sarkar has moved up five places to 41st after notching a half-century in Napier.