Bhutan Vaccinates 62% of its Population; Thanks to Indian Help 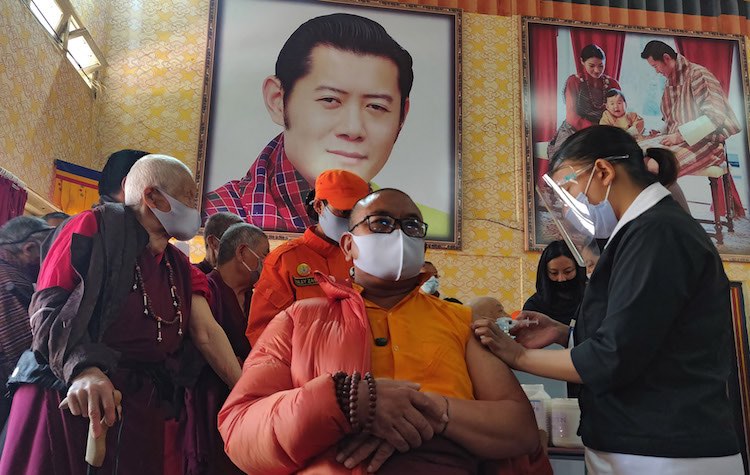 Bhutan has vaccinated 61.45% percent of its entire population and more than 85% of its adult population to become the fastest nation to provide safety to its people from Covid19 pandemic thanks to India’s help.

According to latest data collated by OWD website, it has outpaced Israel within a week of a concerted vaccination drive to vaccinate 4,70,000 people out of a population of 7,70,000 to achieve this fete. India sent 250000 doses of Astra Zeneca vaccines in January this year but the vaccination drive was withheld due to Himalayan Kingdom’s concerns over celestial alignments and advice from Buddhist monks who waited for an auspicious period.

Bhutan has one of the lowest Covid19 record in the world with only 918 cases reported and only one death so far.

India on the other hand has been able to provide vaccination to only 6.4% of its population where the second wave of the pandemic is taking a huge toll with more than 1,60,000 new cases reported in a day and the daily death toll now crossing over 900. Though India has vaccinated over 104 million people but there are still 11,95,967 cases active mainly in the states of Maharashtra, Telangana, Gujarat and Karnataka amid a panic that the pandemic is close to getting out of control.

Though India ramped up its vaccination drive with nearly 30 million vaccines administered on a daily basis but a shortage of vaccines is being reported from many parts of the country. India has exported more than 60 million doses of the vaccine to 82 countries while it has only 120 million doses manufactured from January to April.