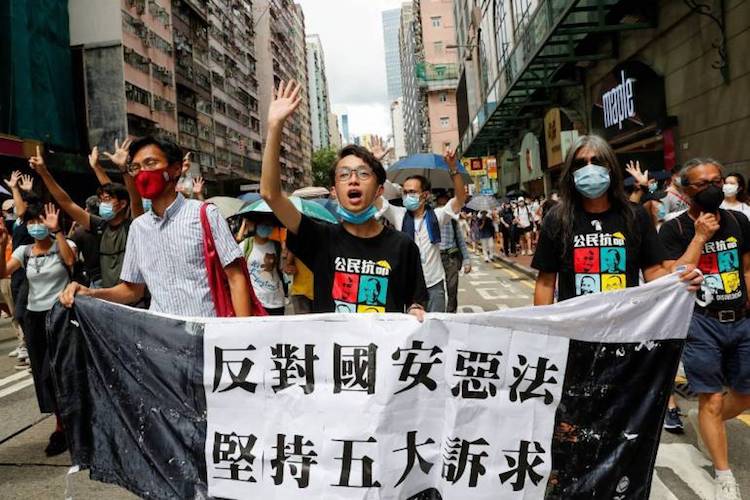 China has handed out 12-month jailed sentences for organizing an unauthorized protest to seven ‘pro-democracy’ activists. They were charged with organizing the protests in July 2020 in which thousands of people had participated.

Figo Chan, Tsang Kin-shing, and Tang Sai-lai belonged to civil advocacy organizations that have now been disbanded, while Andy Chui is a former district councillor and Wu Chi-wai, Eddie Chu and Leung Kwok-hung are former legislators. “In order to uphold the belief of civil disobedience, I decided to plead guilty, admitting that I violated the ‘evil public order law’” said Figo Chan.

The Security Bureau of China says that 150 people have been detained under the national security law  so far (the passage of which sparked the Hong Kong protests) and 100 have been formally charged.