Public on: 11-May-2022 Views 534
https://www.gonewsindia.com/latest-headlines/singapore-bans-controversial-film-kashmir-files-for-one-sided-portrayal-of-muslims-14259 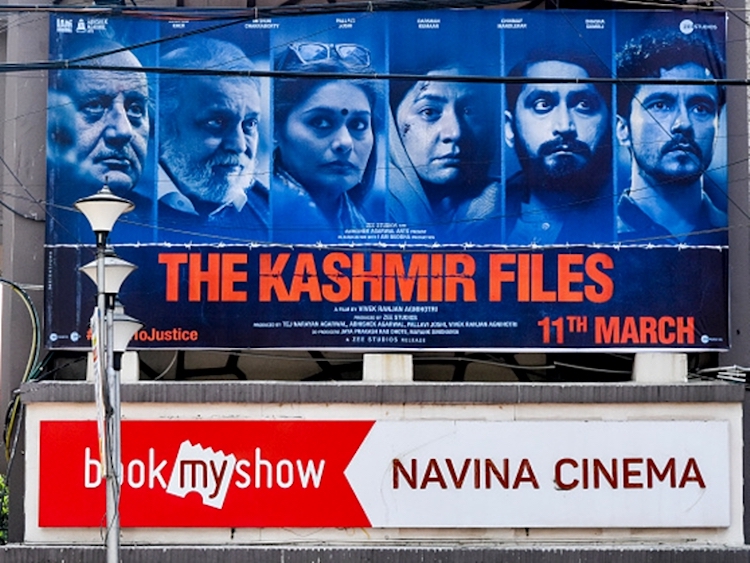 The Vivek Agnihotri directed The Kashmir Files, which has attracted heavy criticism for its perceived slant against Muslims and the depiction of the Kashmir conflict as a Muslim offensive against Hindus based on the so-called ‘exodus’ of Kashmiri Pandits from the valley in the 90’s, has been denied certification and screening permission in Singapore for its “one-sided portrayal of Muslims” as per authorities of the Asian city-state. The government statement said:

"The film will be refused classification for its provocative and one-sided portrayal of Muslims and the depictions of Hindus being persecuted in the ongoing conflict in Kashmir," adding further: "These representations have the potential to cause enmity between different communities, and disrupt social cohesion and religious harmony in our multi-racial and multi-religious society,"

The government of Singapore said that “any material denigrating to racial or religious communities” will be refused classification in the country.

BJP-ruled state governments in India, on the other hand, have been promoting the movie by giving it tax breaks even as there are several reports of aggressive sloganeering and cases of violence against Muslims during and after screening of the film, respectively. The residence of Delhi chief minister Arvind Kejriwal was vandalized and minor barricading was breached during so-called ‘protests’ against his remarks in the state Assembly taking a dig at the film and Agnihotri’s demand for tax breaks.