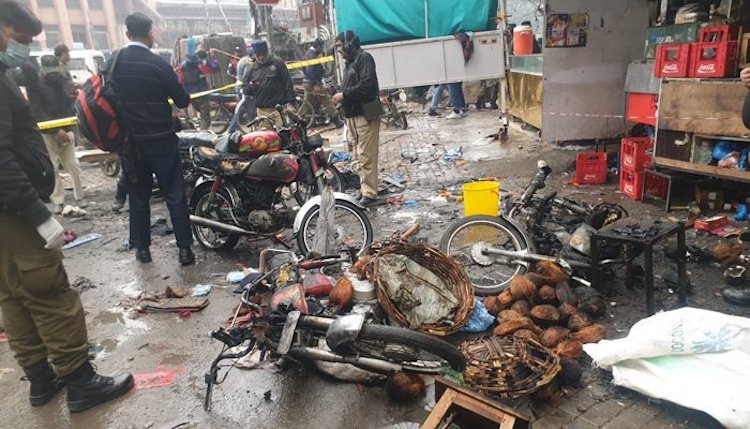 A bomb blast in the crowded Anarkali market’s Lohari Gate area in Lahore has left 25 injures and 2 confirmed deaths, including of a child. Pakistani news channel Geo TV was told by Pakistan: Dr. Muhammad Abid Khan, inspector-general of operations, that authorities are presently at the initial stages of investigation and the cause and responsibility for the blast is yet to be known.

Among the dead, one is a young man from Ferozewala and another is a child from Karachi.

Those injured have been shifted to Mayo Hospital, where four are critically injured, as informed by Minister for Health Punjab Yasmin Rashid. The area is currently under police cordon and investigations are under way. The deputy commissioner of the city has said that he blast occurred at around 1.45 PM. Although local police believes that the blast was a result of a planted device, they are not clear whether it is an IED (Improvised Explosive Device) or a timed device.

Shop windows nearby were shattered and motorbikes and other property was also damaged by the blast that has reportedly left a 1.5 meter crater in the ground. The Chief Minister of the province, Punjab Usman Buzdar, said that: "The government shares in the sorrow of the families whose loved ones died or are injured”