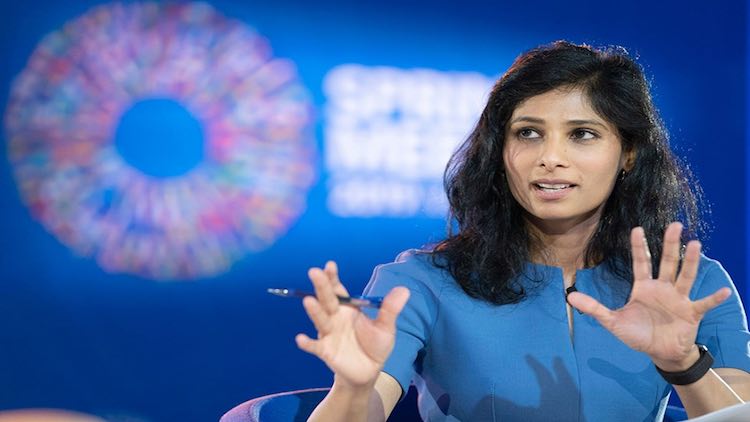 Defying government claims, the latest GDP figures have exposed the state of the Indian economy. Geeta Gopinath, Chief Economic Advisor of the International Monetary Fund (IMF) has compared the economy of India with the world's largest economies and said that the economy of India has suffered the most by the lockdown. India's economy has suffered so much in the first quarter of the current financial year, which is worse than the global recession of 2008 very easily. According to IMF chief economist Geeta Gopinath, unlike India, China is the only country in the world that has achieved positive growth in the same period.
Also Read:
India's Tea Industry Suffers Double Whammy From Lockdown And Floods

According to Geeta, India's economy shrank by 25.6 percent in April-June, while Britain's 20.4 percent, Mexico's 17.1, America's 9.1 percent and South Korea's economy shrank 3.2 percent. This is the same time when different countries all over the world had imposed a lockdown to stem the spread of pandemic, but India has suffered the most. On the economic front, the biggest reason for this devastation is the sudden lockdown imposed on March 25 to prevent the virus infection. The lockdown announced in 4 hours lasted more than 70 days and during this time economic activities in the country were completely braced. During this time only the supply of essential services such as food items and medicines was allowed. The Modi government proved to be a failure in handling the economy during the lockdown. If we now match the latest figures of GDP of India with the figures of 2008, then it seems that even when there was an outcry on the economic front in the whole world, the economy and government of India had fought it out. India's economy also shrunk in the financial year 2008-09, but only 1.7 percent. On the contrary, not only did India emerge from the recession at that time but also regained the pace of development. Obviously, the figures tell a clear story that the strict lockdown imposed by India has completely squeezed the economy and the way forward for the government is very challenging.