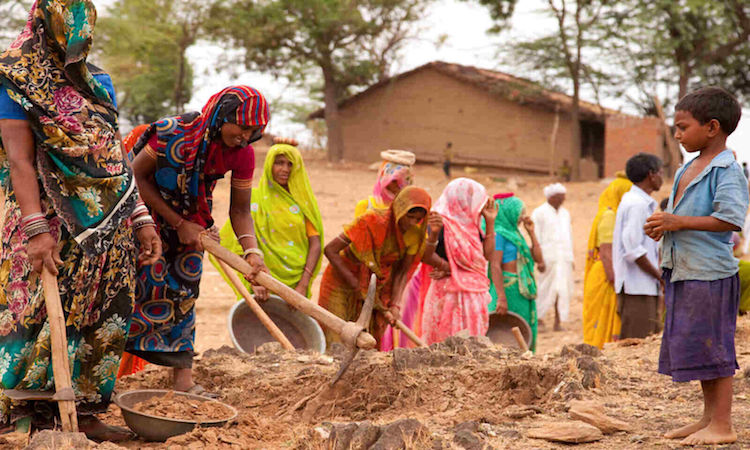 An answer given in the Lok Sabha by the Ministry of Rural Development to a question by Congress MP Shashi Tharoor gives the best and worst performing states in terms of employment generation under the Mahatma Gandhi Rural Employment Guarantee Scheme (MNREGS) over five years. Mr. Tharoor’s question pertained to the age and demographics of MGNREGS beneficiaries, the number of people thus employed over the last three years, the number of MGNREGS registrations in 2020-21 as compared to those in 2019-20 and “the reasons for the substantial increase in registrations”
Also Read:
IPL 2022: Highlights| Lucknow Super Giants(LSG) Beat Delhi Capitals By 6 Wickets

The text of the question and answer is given below: 7% Increase In MGNREGS Registrations In 2019-20, NE States Provided Most Work The answer was provided by Sadhvi Niranjan Jyoti, the minister of rural development. It stated that the number of people registering for employment under the scheme increased by 7%, from 2.75 crore to 2.94 crore in 2019-20 and 2020-21 respectively. According to the figures, the states that provided the most employment in 2020-21 under the MGNREGS were Mizoram, Tripura, Meghalaya, Manipur, Sikkim, all in the country’s North-East region. The five states with the least employment provided in the same period were Assam (36.34), Uttar Pradesh (41.82), Gujarat (42.52), Bihar (44.65), and Nagaland (45.91). The national average over the past five years went from 45.98 days in 2016-17 to 51.52 days in 2020-21. It is worth noting that even though the MGNREGA (the Act that regulates the scheme) promises 100 days to each member of a rural household willing and able to do manual unskilled work, none of the states mentioned above have provided an average of 100 days’ employment. The swell in MGNREGS registrations in 2019-20 can be attributed to job losses and economic distress caused by the pandemic-induced lockdown particularly in the rural regions. The scaleof the unemployment crisis in rural India was revealed when many thousands of migrant labourers across the country trudged back to their villages since there were no more jobs in the cities. The Budget 2022 slashed the allocation of the MGNREGS scheme by 25% when it was announced in February 1st, de-prioritizing the lifesaving social scheme of the pandemic. The Centre allocated ₹73,000 crore for the financial year 2022-23 which is 25% lesser than ₹98,000 crore allocated as the revised estimate in FY 2020-21. Also, the Finance Minister had not even mentioned the name of the scheme in her Budget speech. Also Read: Pandemic Lifesaver MGNREGA Gets a Short Shrift in Budget 2022: Outlay Slashed 25% The MGNREGS was pumped with its highest-ever single-year allocation of ₹1.11 lakh crore which reportedly benefited 11 crore workers during the first COVID-19 lockdown, pertaining to the financial year 2019-20. This was sharply reduced to ₹73,000 crore in FY 2021-22.