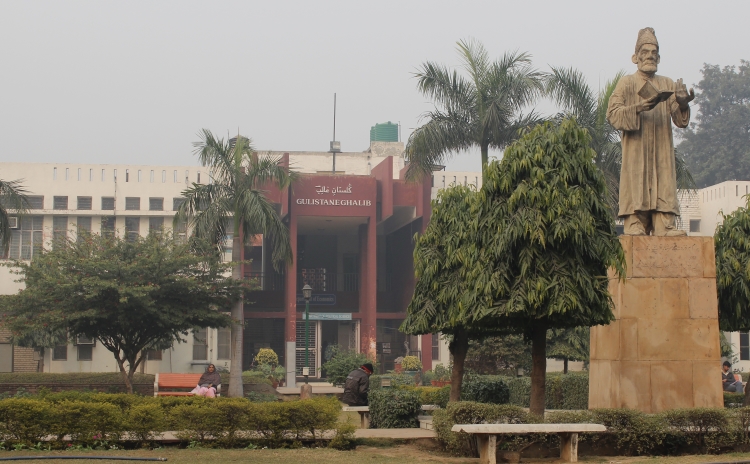 Jamia Millia Islamia, a university marred with controversies in recent times, has topped all the central universities, including JNU, DU in the annual ranking of the Union Ministry of Education.  Jamia has been ranked first with a score of 90 percent in the grading and scoring of performance of central universities by the Education Ministry, while Arunachal Pradesh’s Rajiv Gandhi University is the runner-up with 83 percent. Jawaharlal Nehru University is third with 82 percent and Aligarh Muslim University with 78 percent is at the fourth spot. All these scores are based on the standards set under an MoU in the year 2019–20.
Also Read:
Bihar: Bridge’s Approach Road Washed Away Hours Before Inauguration By CM Nitish Kumar

Jamia is the same university where protests against the Citizenship Amendment Act were sparked in December 2019. At that time, Delhi Police and Paramilitary soldiers entered the campus and brutalised the students with sticks. The Delhi Police was accused of its personnel entering the library and hostels and turning violent with the students. During the altercation, a research student got one of his eyes damaged.  The Education Ministry signed an MoU with all universities and UGC to decide the ranking earlier in 2017; Jamia was the first university to sign and participate in the MoU. The rankings were judged to include UG, PG, Ph.D., MPhil and diversity of students, including female students participation, students from other states, and foreign students. Student-teacher ratio, faculty vacancy, visiting faculty were also included. Also, the ranking has been decided on the basis of the number of students, the number of students passed in the NET and GATE examination through campus interview. Jamia Milia Islamia has excelled in all these parameters. On the achievement, Jamia Vice-Chancellor Najma Akhtar said that due to the challenges the university has gone through in recent times, this achievement is very important. Akhtar attributed high-quality education, focused, and a high level of research for this achievement. Recently in the UPSC results, the candidates of Jamia’s Residential Coaching had done pretty well and 30 candidates were able to clear UPSC 2019.