After 7 Films And 2 Reboots, Spiderman Grosses $1 Bn At Box Office During Pandemic

Spiderman: No Way Home has grossed over $1 billion worldwide at th box office, making it the highest grossing film of the pandemic, collecting over $1.18 billion at the time of writing. Produced in a budget of $200 million,  the movie’s trailer created a buzz by promising to introduce the ‘metaverse’, wherein different versions of the same protagonist show up on screen together.

Fans were excited for the movie as many missed the earlier iterations of the movies directed by Sam Raimi and Marc Webb, starring Toby Macguire and Andrew Garfield, and this movie promised to bring the three Spidermans, played by Tom Holland, Macguire, and Garfield, together along with old recognizable antagonists ‘Doctor Octopus’ and Sandman. Holland debuted as the web-slinging New York superhero in Marvel’s hit “MCU” (Marvel Cinematic Universe) franchise which is an interconnected universe bringing together its movies from sub-franchises such as The Avengers, Iron Man, Captain America, Guardians of The Galaxy, Thor, etc. into an integrated plotline.  Holland’s  version of Spiderman was the third reboot since its appearance on the big screen and had marked differences with his predecessors which led to mixed reactions by old-time Spiderman fans. Let us look at the box office collections of the Spiderman franchise till date: Sam Raimi’s Spiderman Series: Released on May 3, 2002, this was the first live-action Spiderman movie, starring Toby Macguire, Kristen Dunst, James Franco, and Willem Defoe, it told the origins story of how Peter Parker from Queens, New York, becomes Spiderman, the struggles he faces as a low-income young man, and his face-off with his first major antagonist, the Green Goblin. 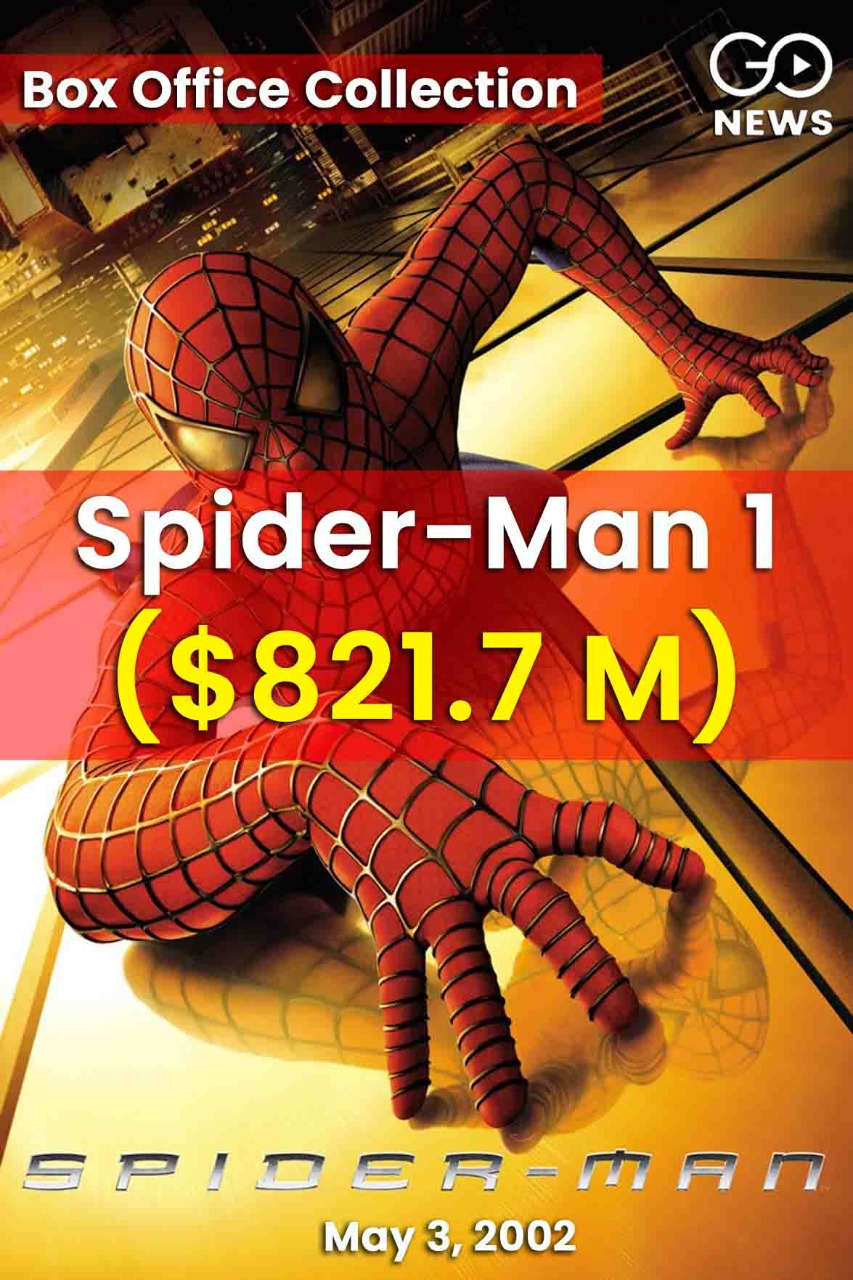 It was produced by Columbia Pictures and Marvel enterprises and clocked in $821.7 million at the box office with a budget of $139 million.  A box office success, it set the tone of high expectations of viewers from the Spiderman franchise. This film was released worldwide in June 2004 and went on to gross $783.8 million at the box office, being produced at t a budget of $200 million. It is the second movie in director Sam Raimi’s trilogy. It features a Peter Parker who seems to have lost his special abilities, only to regain them in the hour of need against a brilliant scientist and dangerous antagonist Dr. Otto Octavius or ‘Doctor Octopus’.

It repeated the core cast of Toby Maguire, James Franco, Kristen Dunst, and Rosemary Harris and brought in Alfred Molina to play ‘Doc Ock’. This is the final installement in the Sam Raimi trilogy of Spiderman movies, and it features Thomas Haden Church as Marco Flint or ‘Sandman’, and Christopher John Grace as Eddie Brock, or ‘Venom’. It features a team-up between Harry, Peter’s friend, as the Green Goblin’s successor, against Venom (Eddie Brock) and Sandman (Marco Flint).

Spiderman 3 grossed $890.9 million against a production budget of $258-350 million. It was released in April 2007. Marc Webb’s Amazing Spiderman Series: The reboot of the series was directed by Marc Webb, starring Andrew Garfield as Peter Parker and Emma Stone as Gwen Stacy, his love interest. The movie’s name draws upon the popular Marvel Comics series of the same name, usually considered a “classic”. 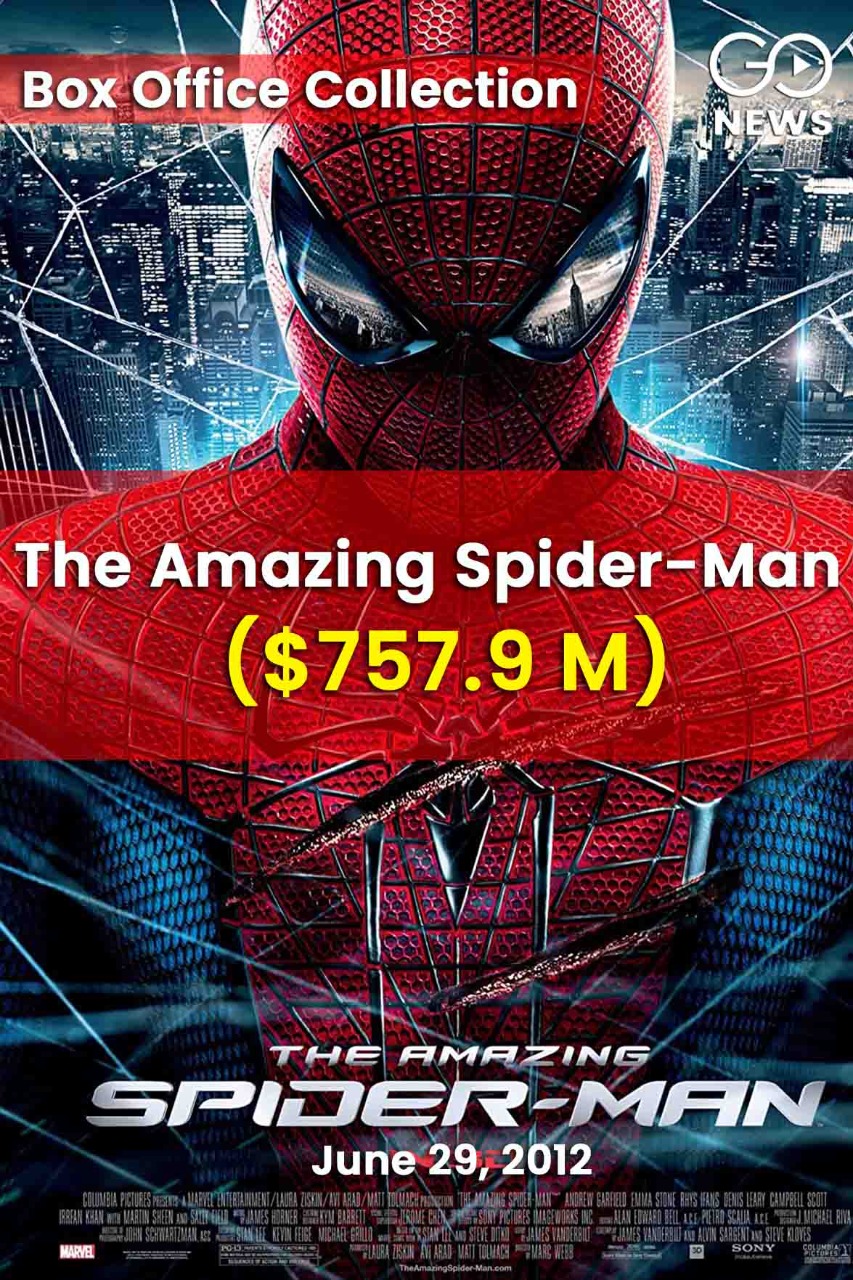 The film was produced on a budget of $230 million and collected $757.9 million at the box office. It was released in June 2012 worldwide. The origins-story of Peter Parker is retold with a new villiain and all-time favourite from the Spiderman comics: Dr. Curtis Connors or ‘The Lizard’, played by Rhys Ifans and also starred the late Indian Bollywood actor Irrfan Khan. This film was the second installment of the rebooted ‘Amazing Spiderman’ franchise and grossed $709 million at the box office against a production budget of $200–293 million.

It featured Jamie Foxx as Electro, another known villain from the comics series. This featured the death of Gwen Stacy at the hands of Green Goblin played by Dane DeHaan, a favourite memorable moment from the comic book series. The two movies in the Amazing Spiderman movie series were produced by Columbia Studios and Marvel Enterprises. Tom Holland’s Marvel Cinematic Universe (MCU) Spiderman This was the 16th film in the Marvel Cinematic Universe and the second time that the Spiderman franchise was rebooted, featuring characters drawn from the Avengers universe and the prominent role of Tony Stark (Iron man) as Peter Parker’s mentor. Tom Holland starred in this Spidreman film although he made his debut in the MCU as the webslinger in Captain America: Civil War (2016).